Video: Building on Solid Foundations: What Learning Profiles Tell Us about Prioritising for Learning 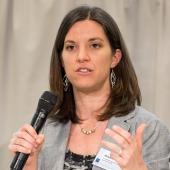 A big challenge in analysing education systems is the limited data that's available on learning outcomes for many low and middle-income countries. Typical sources of international learning data such as PISA or TIMMS don't cover many lower-income countries, but even if they did, they have important limitations. They typically only cover one or a couple of grade levels making it difficult or impossible to trace out the trajectory of learning across multiple grades. They also usually only cover children who are in school leaving out those who have dropped out or never started. In lower-income countries this can leave out a substantial portion of the population, and to track progress on universal learning goals such as universal literacy or numeracy it's critical to have that data on all children, not just those who have persisted in school.

More countries have national learning assessments such as primary leaving exams, but these tend to have similar limitations and cover only one or a couple of grade levels. Primary leaving exams, in particular, only occur at the end of primary school so they don't provide any information on learning in the earlier years of primary school when many children begin to fall behind. They also usually only cover children who are in school. So they again leave out those who have dropped out or who never started.

At RISE, we've done a lot of work on learning profiles to help fill this gap. Learning profiles give the empirical relationship between years of schooling and learning achieved allowing us to trace out the dynamics of learning across age and grade. They do this by using data on a full cohort of children including those both in and out of school, across multiple ages and grades, or a full cohort of young adults including those with varying levels of schooling completion. They also typically provide unique data on learning in those early years of primary school. For example, we've analysed learning profiles from Demographic and Health Surveys which are large-scale national representative surveys across many countries worldwide that have included a simple literacy test in recent rounds. We've also analysed learning profiles using ASER and UWEZO data which are based on very large scale surveys covering a full cohort of children within a certain age range.

Altogether, RISE has analysed learning profiles for more than 50 countries covering more than 6 million individuals. Our work on learning profiles has two main sets of results with related implications for each. First, learning profiles show that learning is highly varied across countries and on average is low. For example, learning profiles have shown that among young women with six years of schooling and no higher literacy rates vary from less than 10 percent in Nigeria to upwards of nearly 100 percent in Rwanda. This shows there is massive variation in the amount that's learned from the same number of years of schooling across countries. That also indicates that a common schooling target like six years or universal primary completion is not going to yield anything resembling a common learning goal like universal literacy. The implications are two-fold.

The second set of key findings relate to disaggregated learning profiles. Disaggregated learning profiles allow us to analyse and compare learning across groups such as by gender or by wealth. Findings from this set of analysis shows that achieving goals of equality such as gender equality for girls and boys or equality for the poor and the better off in terms of either schooling or learning or both, could leave many children without even basic skills. This is because in many countries even among the more advantaged groups learning outcomes are low on average. This means that a policy priority of equality may not yield the policy goals of learning for all. In these situations countries are likely to need to prioritise something like universal, early, conceptual and procedural mastery of basic skills for all children.

Learning Profiles: An Important Tool for Understanding and Addressing the Learning Crisis

A Typology of Learning Profiles: Tools for Analysing the Dynamics of Learning