Community-Responsive Education Policies and the Question of Optimality: Decentralisation and District-Level Variation in Policy Adoption and Implementation in Indonesia

24 August 2022
Community-Responsive Education Policies and the Question of Optimality: Decentralisation and District-Level Variation in Policy Adoption and Implementation in Indonesia1.18 MB 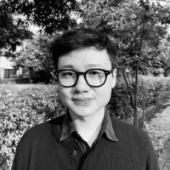 Decentralisation, or devolving authority to the third tier of government to prioritise specific policy reforms and manage their implementation, is argued to lead to pro-poor development for a number of reasons: local bureaucrats can better gauge the local needs, be responsive to community demands, and, due to physical proximity, can be more easily held accountable by community members. In the education sector, devolving authority to district government has thus been seen as critical to introducing reforms aimed at increasing access and improving learning outcomes. Based on fieldwork with district-level education bureaucracies, schools, and communities in two districts in the state of West Java in Indonesia, this article shows that decentralisation has indeed led to community-responsive policy-development in Indonesia. The district-level education bureaucracies in both districts did appear to prioritise community preferences when choosing to prioritise specific educational reforms from among many introduced by the national government. However, the optimality of these preferences could be questioned. The prioritised policies are reflective of cultural and religious values or immediate employment considerations of the communities in the two districts, rather than being explicitly focused on improving learning outcomes: the urban district prioritised degree completion, while the rural district prioritised moral education. These preferences might appear sub-optimal if the preference is for education bureaucracies to focus directly on improving literacy and numeracy outcomes. Yet, taking into account the socio-economic context of each district, it becomes easy to see the logic dictating these preferences: the communities and the district government officials are consciously prioritising those education policies for which they foresee direct payoffs. Since improving learning outcomes requires long-term commitment, it appears rational to focus on policies promising more immediate gains, especially when they aim, indirectly and implicitly, to improve actual learning outcomes. Thus, more effective community mobilisation campaigns can be developed if the donor agencies funding them recognise that it is not necessarily the lack of information but the nature of the local incentive structures that shapes communities’ expectations of education. Overall, decentralisation is leading to more context-specific educational policy prioritisation in Indonesia, resulting in the possibility of significant district-level variation in outcomes. Further, looking at the school-level variation in each district, the paper shows that public schools ranked as high performing had students from more privileged socio-economic backgrounds and were catering for communities that had more financial resources to support activities in the school, compared with schools ranked as low performing. Thus, there is a gap to bridge within public schools and not just between public and private schools.

Who Benefits and Loses from Large Changes to Student Composition? Assessing Impacts of Lowering School Admissions Standards in Indonesia