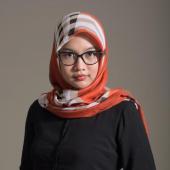 Niken Rarasati is a researcher on the RISE Indonesia team based at the SMERU Research Institute. She specialises in psychometrics, assessment, and experimental psychology. She holds a master’s degree in social cognition form University College London and a bachelor’s degree in psychology from Gadjah Mada University (UGM). Previously, she worked as a research officer for Innovation for Indonesia's School Children (INOVASI) project funded by the Department of Foreign Affairs and Trade (DFAT) in Australia. In 2013, she received a Jung Tae-gon Young Scholar Award from the Asian Association of Indigenous and Cultural Psychology for her research entitled “Orientation and Attribution toward Happiness and Anger”.