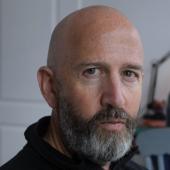 Jonathan D. London is a researcher on the RISE Vietnam team and an associate professor of global political economy at Leiden University in the Netherlands. He has previously held positions at the City University of Hong Kong and Nanyang Technological University. London’s research interests span the fields of comparative political economy, development studies, and the political economy of welfare and stratification. A leading scholar of Vietnam, London’s recent publications include Education in Vietnam (ISEAS 2011), Politics in Contemporary Vietnam (Palgrave 2014) and research articles in such journals as The Annual Review of Political Science, The Journal of Contemporary Asia, and Social Science and Medicine. London is editor of the forthcoming Routledge Handbook of Contemporary Vietnam and sole author of Welfare and Stratification in Marketizing Asia (Palgrave). Fluent in Vietnamese, London is author of the first and only Vietnamese language blog on Vietnamese politics written by a foreigner. He has served as an analyst for international organizations such as UNDP, UNICEF, and OXFAM. London holds a PhD in Sociology from the University of Wisconsin.

Outlier Vietnam and the Problem of Embeddedness: Contributions to the Political Economy of Learning