The Role of Mentorship in Education and Career Development of Students: Lessons from the RISE Programme in Nigeria

In this blog, Chidi Ezegwu, Eunice Atajiri and Emeka Nweke share experiences from Nigeria on the roles of mentorship in education and career development, drawing lessons from a RISE research that focused on the National Youth Service Corps (NYSC) teachers as role models for senior secondary school students. 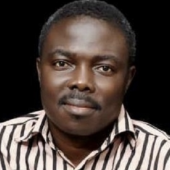 The Centre for Social Justice and Well-being in Education, Lancaster University, UK 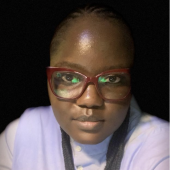 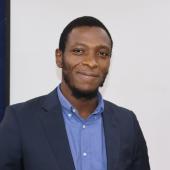 This piece discusses the impact of mentorship on students’ academic and career development. It draws on the lessons learnt from a study that sought to understand the impact that National Youth Service Corps (NYSC) teachers may have on the education and career aspirations, classroom effort, and entrepreneurial capacity of senior secondary school students in two Nigerian states1 .

Over the years, scholars have made several efforts to understand factors that motivate students and the association between students’ motivation and academic performance and progression. Yet, the findings of these studies are mixed and divergent due to the diversity of approach, scope, depth, and focus (see Steinmayr and Spinath, 2009; Weber et al., 2013; Steinmayr et al., 2019; Gladstone and Cimpian, 2020).

Two of the key constructs in this study are motivation and role models. Jhoselle Tus (2020) defined motivation as the willingness of a person to do specific tasks, while Adetya et al. (2020) perceive it as a drive or impulse contained in humans that can cause, direct and organize their behaviour. In the context of education, learning motivation, for example, constitutes a driving force in students that tend to generate, guarantee, and provide direction for learning activities, to achieve the expected learning goals, and there is an agreement among scholars that it is one of the predictors of academic performance (Bruinsma, 2004; Bridgeland et al., 2006; Dogan, 2017; Fereidooni-Moghadam et al., 2017; Isik et al., 2018).

Broadly, in the literature, the importance of role models in motivating individuals to set, pursue and achieve determined goals are marked (Almquist, and Angrist, 1971; Basow and Howe, 1980; Buunk, Peiró, and Griffioen, 2007; Gladstone and Cimpian, 2021). However, the literature is limited on how role models shape students’ aspirations toward higher education in Nigeria.

While various scholars have examined issues around motivation and education in Nigeria from different perspectives, contexts, and themes, e.g. ethnic groups and students’ motivations (Isik et al., 2018), motivation and academic performance (Fereidooni-Moghadam et al., 2017; Okoro, 2021), educational facilities and students motivation (Akomolafe and Adesua, 2016) and well-being and students motivation (Bailey and Philips, 2015; Haruna et al., 2021), literature search suggest a scarcity of literature on the interactions between role model-factor and students’ motivation and how these work together to influence students aspirations and development in Nigeria. Elsewhere, in a systematic review by Gladstone and Cimpian (2020), while there are existing studies on the effectiveness of role models in students’ education, evidence is so far mixed. This points to a need for further in-depth investigation such as this study.

The project was sequential research that included training programmes for serving National Youth Service (NYSC) members, often referred to as “corpers” in Nigeria, to stimulate students’ passion for learning and personal development and to inspire their motivation to succeed in education and career. NYSC is a mandatory one-year program for recent graduates of tertiary education institutions in Nigeria. They are posted to serve in different parts of the country to work in schools and other institutions. Thus, the NYSC teachers are teachers assigned to the school by NYSC and the Ministry of Education.

This project trained corpers to serve as role models for students in schools where they have been posted while documenting the process and exploring this impact on the educational aspirations of both corpers and students. The project team collaborated with an indigenous organisation, Fashioned and Made for Excellence Foundation (FAME), to deliver training to corpers and provide support to corpers to train students in schools. Corpers’ training focused on their motivation to serve as role models, change-makers, and personal educational and career development while students trained by the trained corpers sought to inspire them towards more outstanding commitment towards academic and career development.

During the 2021/2022 academic year, the programme was implemented in Jigawa state in the northwest and Oyo state in southwest Nigeria. 89 corpers (45 in Oyo and 44 in Jigawa) were selected, trained, and supported to train students in their schools. Corpers were assigned to level two of senior secondary school (SSS2) classes (approximately 15 years old) to train students in weekly sessions on relevant topics on leadership and other programme objectives for six weeks. The weekly training lasted about an hour with slight variations due to the respective school’s activity schedules.

In addition to regular support provided to these corpers, weekly one-hour online check-in meetings were held with them to learn about their experiences and challenges and answer their questions. Further, some of the weekly check-in meetings were used as role model sessions, during which successful Nigerians from various sectors were invited as career mentors and role models to share their experiences and guide corpers on career development strategies and opportunities.

Motivational Impact of the Project on Students’ Education and Career Development

The participating corpers were asked to share their observations on changes that took place as a result of their training. Corpers shared how the training motivated the students to inspire some behaviour changes in the student, as summarised in this section.

The preliminary analysis of the qualitative data collected from corpers also suggests this effect:

Students now obey and respect their teachers, having more concern for their academics and want to know more. Two of them approached me last week that they want me to teach them something about their studies. It was a great program – Female Corper, Oyo

One of the changes I observe is some students are actually getting serious academically, wanting to go beyond – Female Corper, Jigawa

I see them taking responsibility for each of their actions. Those that were not ambitious before got encouraged and inspired through the programme. The head of noise making among the students has become one of the coolest in the last three sessions – Male Corper, Oyo

Commitment to academic activities: studies have pointed to possible links between students’ motivation and academic commitment, which contributes to improving students’ performances (Gu and Lai, 2012; Korpershoek, 2016; Putra et al., 2021). Putra et al. (2021) note that students’ commitment is indicated by the desire to achieve what is desired.

They became more active in their classes and more diligent in whatever they did. Some were even elected as prefects, some were sent out to represent the school in quiz and debate competitions – Male Corper, Oyo

The students have improved drastically both in their academics and social life. During the course of the program, members of the class that I am training went for a debating and quiz competition, and for the first time in the history of the school, they won a medal and not any medal, a gold medal – Male Corper, Oyo

Students’ aspiration and plans for the future: Another dimension of student motivation is an observed passion for educational and career progress. This largely reflected in observed improvements in students’ perspectives and aspirations, which were observable to the corpers:

There have been lots of changes since the program started, especially with the students i.e, the way they see them[selves] and their future. They have taken their future as a priority, and some have taken action on what they want to become – Female Corper, Oyo

The principal informed me that the students come to him to suggest things to do in school. Students that recently don't participate in class do so now. They now dress well to school, especially those that used to refuse to tuck shirts into trousers – Male Corper, Jigawa

They brag about being professionals (lawyers, engineers etc) in the future in contrast to their initial plans of being just husband/wife after secondary school – Female Corper, Oyo

[A student told me] “Through this programme, I now have a mindset to further my education to university so I can become a barrister” and so many of them have a mindset of bringing change to their society as change makers – Male Corper Jigawa

Community Demand for the Project Expansion

The project is in its pilot phase with a limited number of schools and short timeframe. The in-school training activities lasted only six weeks in the third term of the 2021/2022 academic session in 41 schools in Jigawa and 59 in Oyo participated in the programme.

However, across the schools in the two states, demands for its expansion in terms of the number of schools, the number of classes and the length of the training times were received. Some corpers also invited their friends to participate, while others made an effort to join the programme at different stages, but the project could not accommodate them due to limited resources that contributed to narrowing the scope of the project. The corpers that participated in the project reported a high demand for the project from students, teachers, and principals who desired more of the training and also wanted the training period to be extended in their schools. Below are some of the corpers’ observations.

They say they want more of this training in their school and other students are requesting to be part of it – Female Corper, Jigawa

The students were asking me when are we going to start another session. They want more of the program – Male Corper, Oyo

Observations among principals and teachers:

The principal of my school wanted us to extend the session; they actually invited me to deliver the training to teachers and those that occupied the leadership positions – Female Corper, Oyo

The school management wishes this programme would last as long as possible in their school because with this programme, they see changes in their students, which have not seen before – Male Corper, Jigawa

They wish the program should continue as they have seen changes in their children's behaviour and their attitude to class work – Female Corper, Jigawa

These comments highlight the high demand for the programme from different categories of stakeholders in the project schools and communities. They also highlight a need to scale up and continue the programme in a more sustainable way.

Insights from the research

The impact of low students’ motivation on students’ outcome and progression is marked in Nigeria and reflects in the overall students’ performance in the national and international examinations (Akpan and Umobong, 2013; Anierobi et al., 2022). Hence, interventions that seek to improve students’ academic performance and uninhibited progression also need to give critical attention to motivational factors. Particularly, as observed in this study, exposing senior secondary school students who are at the stage of transitioning to higher education to role models in their environment has a positive impact on their aspirations, attitudinal and behavioural patterns. The findings and experiences from this study suggest that role model approach could greatly contribute to improving students’ motivation and ultimately, their performance and progression in both education and career.

The intervention component of this study particularly produced an unintended but positive effect that connects to the broader national unity and development. For more than three decades, scholars have documented how corruption, poor leadership, nepotism, ethnic rivalry and crosscutting disunity have bedraggled the country’s political and economic development (Richard, 1983, 1987, 2013; Achebe, 1984; Clementi et al., 2014; Suberu, 2012; Ezegwu, 2020). The findings suggest that the corpers’ training in secondary schools contributed to building the leadership capacity of the students and fostered cooperation and positive citizenship among students while facilitating the process of improving the learning outcomes of students.

At a time the country is facing critical national unity, ethnic cohesion and development challenges, this kind of interventions that target the young population (youths account for 70% of Nigeria’s 217 million population). However, there is a need to expand the programme and also enhance community participation to ensure programme sustainability and scalability of both the project and its impact on the communities.

School-Based Management Committees (SBMCs) and How to Study Them: A Methodological Review of a RISE Research Project