4 July 2022
Where There’s a Will There’s a Way: The Role of Political Will in Creating/Producing/Shaping Education Systems for Learning898.86 KB 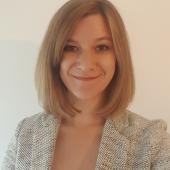 In past decades, the world has witnessed a massive expansion of schooling in low- and middle-income countries. At the same time, the world did notwitness a massive improvement in learning in school (Pritchett, 2013). Recent evidence actually suggests most developing countries experienced a significant deterioration in learning (measured by long-term trends in literacy) per year of schooling since the 1960s (Le Nestour et al., 2020).

Why is it that governments did not demonstrate similar commitment to learning as they did for schooling? Recent studies emphasise that there is no ‘politicsof education’ as the politics of schooling must be fundamentally different from the politics of learning. As has been recognised since the 1970s (Boli-Bennet and Meyer 1978; Boli et al. 1985), a politics of schooling must explain not why countries are so different, but rather why they are so much the same in access and increase in grade attainment, even across very different national income levels and political regime types (i.e., both democratic and autocratic states expandedschooling). In sharp contrast, a politics of learning mustexplain why some countries do so very well while othercountries, even at similar levels of national development,do so very badly (Pritchett and Sandefur, 2020; Bruns et al., 2019; Hickey and Hossain, 2019; Levy et al., 2018; Pritchett 2018).

Vietnam is a striking case in point. Vietnam’s PISA performance showed Vietnamese students performing better than those in the UK or the USA. It is very hard to explain Vietnam’s achievement of high and equitable levels of learning in terms of level of income, the characteristics of the students going into schools (Glewwe et al., 2021), or the standard correlates of performance identified by PISA (Dang et al., 2020). A large multi-disciplinary team of researchers has been working on the question of why Vietnam has been so successful for years and, when pressed, one researcher’s answer was: “because they wanted it.”This Insight Note is very much a struggle to take “because they wanted it” seriously as key to the politics of learning.

“Because they wanted it” challenges the widespread maintained assumption that low learning outcomes can be traced back to technocratic], resource, input, programme design, or implementation problems, which, if solved , would lead to improvements and that these problems can be solved at a ‘management’ level. “Because they wanted it” highlights the importance of political conditions and dynamics that create binding constraints to education reform, to improving learning outcomes, and to aligning education systems for learning (Bruns and Schneider, 2016; World Bank, 2018). Pritchett (2019b) underscores this important difference by distinguishing between the proximate determinants of learning (such as time on task and teachers’ presence/absence from the classroom as an observable indicator within the education sector itself) and the political and policy determinants that represent the deeper causes of high teacher absenteeism. Viewing teacher absenteeism as a management failure alone rather than a result of an overall system failure, dysfunctionality, or incoherence can lead to ineffective policy recommendations that do not take into account the political, social, and historical dynamics in which the education sector is embedded (ibid; see also Bruns and Schneider, 2016).

That said, there are good reasons why many disdain appeals to ‘political will’ and why political will is described as “the slipperiest concept in the policy lexicon” (Hammergren 1998: 12).1 My purpose is not to invoke political will as a deus ex machina or an exogenously given characteristic of a country like its latitude. I explore what political will is (and who needs to have it), how one can identify it, and how it arises in different political regime types. To make “because they wanted it” a workable and useful insight, we need to dig deeper into questions such as: “How do some countries come to want to and others not?” and “What, if anything, can be done to foment the wanting to?”

As will be shown, the standard RISE Systems Framework is only partially capable of explaining how the political willof the highest authorities of a state is formed. Therefore, an additional typology of political regimes is introduced to distinguish between different modalities of rule and state-society relations. This typology not only helps in separating different ways in which political will is formed, but also outlines different pathways for how political will may be fostered, depending on the type of regime.

Outlier Vietnam and the Problem of Embeddedness: Contributions to the Political Economy of Learning