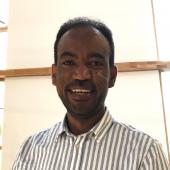 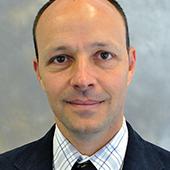 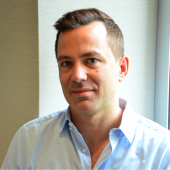 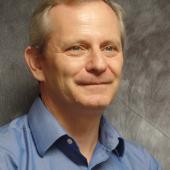 Ethiopia is among the lowest-income countries but has greatly increased funding for the education sector over the past two decades. In 2016-17, education accounted for 27 percent of total government expenditure, which is significantly higher than the government’s commitment to internationally agreed targets of 20 percent of the national budget for education (UNICEF, 2017). International development agencies have also been calling for greater resources to be devoted to education and have increased their levels of assistance for education projects in Ethiopia (Ministry of Education, 2015; World Bank, 2017).

In line with Sustainable Development Goals (SDG) 4.1 and 4.2, education investment in Ethiopia has focused on increasing pre-primary and primary school enrolment, while another has been on improving learning outcomes equitably for all. Accordingly, pre-primary gross enrolment has rapidly expanded from less than 300,000 pupils in 2008-09 (4 percent), to over 3.5 million (45 percent) in 2019-20; and primary education enrolment from 3 million learners in the early 1990s to over 20 million in 2019-20 (Ministry of Education, 2020). However, despite the tremendous progress in expanding access to pre-primary and primary education, learning levels have remained low or declined (Ministry of Education, 2010, 2015; World Bank, 2017). A large share of children complete their primary education lacking basic literacy and numeracy skills (e.g., NEAEA, 2016; Tiruneh, Hoddinott, et al., 2021; USAID, 2019).

In this Insight Note, we explore the possible explanations for the decline in learning levels among primary school pupils in relation to the General Education Quality Improvement Programme (GEQIP) reforms that wereintended to improve quality and equity in the Ethiopian basic education system. We examine the extent to which mathematics learning levels for Grade 4 pupils have declined over time, despite the implementation of reforms to improve them, as well as the lessons that may be drawn from this. We also examine whether there is any difference in the benefits of the educational reforms for pupils from disadvantaged backgrounds (i.e., from rural areas, emerging regions, and from the lowest socio-economic background). We make use of a unique longitudinal dataset on 33 schools in six regions of Ethiopia covering the period 2012 to 2019.

Recognising the inadequacy of the primary education system to equip children with the required knowledge and skills, Ethiopia began to undertake major efforts in 2008 to raise learning outcomes equitably through the introduction of government- and donor-supported programmes. In the latter category, one of the most prominent programmes is the set of GEQIP reforms (World Bank, 2008, 2015). These reforms have been implemented in Ethiopia since 2008 in three consecutive phases: GEQIP-I (2008-2012); GEQIP-II (2012-2018); and currently GEQIP for Equity (GEQIP-E: 2018-2022). The reforms have been comprehensive and nationwide, and their overall aim is to enhance pupils’ learning outcomes equitably by improving teaching and learning conditions in schools, and to strengthen educational institutions and service delivery at the federal and regional level (World Bank, 2008, 2017). GEQIP-I and GEQIP-II reforms focused on providing essential inputs to all public schools to improve teaching and learning, including: building additional classrooms; increasing the supply of qualified primary school teachers; providing continuous in-service training for teachers to enhance their content knowledge and pedagogical content knowledge; providing pupils with textbooks for each subject; and funding school improvement plans through per capita school grants based on enrolment (World Bank, 2008; 2012). The major difference in GEQIP-II was the inclusion of information and communication technology as an additional component.

Although the implementation of GEQIP-I and GEQIP-II reforms was completed some years ago, large-scale longitudinal studies to evaluate their impact have not been conducted to date. In particular, the reforms’ effects on the most marginalised pupils, including girls, those from the lowest income families, from rural locations and so-called “emerging” regions are not well understood. The Ministry of Education (MoE) in Ethiopia conducted national-level assessment studies focusing on mathematics and reading comprehension with Grade 4 and Grade 8 children in 2011 and 2015, parallel to the implementation of the GEQIP-I and GEQIP-II reforms, respectively. The findings indicated that average mathematics and reading comprehension scores for these grades were below the minimum expected standards set by the MoE (Ministry of Education, 2015; NEAEA, 2016; USAID, 2019). Although these and other similar findings from the national learning assessments are useful, the studies use cross-sectional data, which are less suited to assessing the contributions of GEQIP-I and GEQIP-II reforms to children’s learning progress over time.

The objective of the study

In this paper, we examine the extent to which school-based GEQIP-II reforms were followed by improvements in pupils’ learning progress over time. We particularly focus on comparing the learning levels and learning progress over time between pupils in rural areas and their urban counterparts, and between those from the lowest family socio-economic background and their relatively wealthier peers. The study employs unique longitudinal large-scale data collected in Ethiopia at the start and end of the GEQIP-II reforms, targeting the same schools in six regions. The data includes repeated measures of learning outcomes, as well as relevant associated information such as the child’s background, teacher training, and school characteristics.

At the start of GEQIP-II, it was established, among other things, that (a) textbooks were not available on time and in sufficient quantities in primary schools; (b) the provision of relevant school facilities such as a functional library, pedagogical resource centres, computers and internet access was insufficient; and (c) poor teacher training was a major contributor to low pupil learning outcomes (World Bank, 2013). It was assumed that if these and other related inputs/resources were provided to primary schools, the pupils’ learning levels would improve. Although several cross-sectional studies have been conducted in Ethiopia over the past decade to examine pupils’ levels of performance, no formal evaluations have been made to assess the contributions of the GEQIP-II reforms to equitable learning progress over time, in combination with other relevant associated characteristics. In particular, the evidence is scant on the benefits of educational reforms in Ethiopia to the most disadvantaged. We therefore address the following research questions:

What Explains Vietnam’s Exceptional Performance in Education Relative to Other Countries?Analysis of the Young Lives Data from Ethiopia, Peru, India and Vietnam