11 October 2022
Spillover Effect of the Nigerian “Free Primary Education” Programme Beyond the Border in Benin463.95 KB 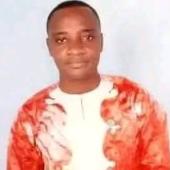 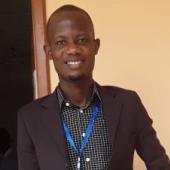 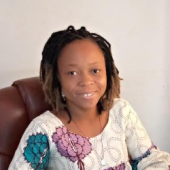 Access to primary education for all forms the foundation of the right to education (S. Chandrasekhar and Abhiroop Mukhopadhyay, 2006). It is also clear that the compulsory nature of primary education goes hand in hand with its free provision. Some countries adopted the policy of free primary education very early to guarantee free access to education for all. This is the case, for example, in Nigeria, which introduced free primary education in 1955 through the "Free Primary Education" (FPE) programme, which was implemented in the western part of the country. The FPE programme was introduced in the first budget speech of 1952, after the Action Group (AG) of Chief Obafemi Awolowo came to power. The new government made it clear that education would be its priority, as missionary education and its evangelistic orientation had become inadequate for the needs of a modern economy (Ajayi, 2008). Teaching under this policy took place in Yoruba, which is the predominant local language in this part of Nigeria.

Despite Benin's proximity to Nigeria, it was only recently in 2006 (Afrobarometer, 2018) that Benin began experimenting with its own free primary education policy. Yet this Nigerian policy’s spillover effects had already influenced Beninese communities near Nigeria’s western border, especially given the connections these communities share with Nigeria in terms of geography, history, and culture. For example, some Beninese citizens may have been influenced by their knowledge of the programme to pursue education. Others attended primary school through the FPE programme in Nigeria themselves.

The RISE Nigeria Country Research Team’s (CRT) FPE project seeks to collect data to discern the intergenerational impacts of Nigeria’s FPE policy not only on its direct beneficiaries in areas with FPE schools, but also on people of the same generation who experienced spillover impacts, including those in Benin. The team recently conducted data collection in Benin to assess the magnitude of this policy’s effect on Beninese communities with geographical, cultural, and/or economic connections to western Nigeria in comparison to communities that do not share any connection with Nigeria. Since the impact evaluation is meant to measure intergenerational impacts, the surveys also included questions about respondents’ attitudes towards sending their own children to school, their involvement in their children’s education, their involvement in politics, and other factors.

Full analysis of the data is not yet completed, and the team is still in the process of collecting additional data in Nigeria, including on the FPE’s impact on its direct beneficiaries. This insight note seeks to share some background on the project, motivation for measuring spillover impacts of the FPE program in Benin, and early insights from data collection in Benin. An impact estimate of the FPE programme will be published in a forthcoming working paper.