Rewriting the Grammar of the Education System: Delhi’s Education Reform (A Tale of Creative Resistance and Creative Disruption)

25 November 2021
Rewriting the Grammar of the Education System: Delhi’s Education Reform (A Tale of Creative Resistance and Creative Disruption)2.73 MB

This book seeks to illuminate the multifaceted challenges of introducing change and transition in low-capacity settings and documents the process of implementing an education reform in Delhi, India. 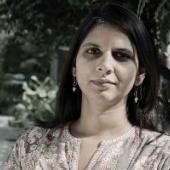 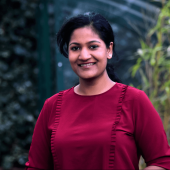 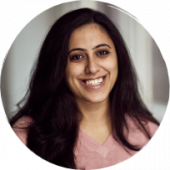 Chapter 1: Laying Out the Reforms Puzzle

Chapter 4: Unpacking the Grammar of the Education Bureaucracy

Chapter 5: The Making and Shaping of the Government School Teacher

Chapter 1: Laying Out the Reforms Puzzle

Back in 2010, one of us participated in a meeting on education reforms with some senior education officials and reformist politicians in Bihar. During the discussion, a senior official made an important observation. He said, “The government can change how it works in short bursts. We can reform teaching practices and innovate in summer camps and mission mode programmes, but when it comes to mainstreaming changes in our day-to-day work, inside classrooms, we fail.” Some years later, another senior official of the Indian Administrative Service (IAS) echoed this sentiment. Speaking at an education seminar in New Delhi, he described India as the “burial ground of pilots”. Both officers were pointing to an important puzzle that education reforms (indeed all public service reforms) in India must confront. Government education systems are capable of change when it is small-scale, mission-oriented, and time-bound. But when it comes to embedding reforms and institutionalising new practices in its everyday functioning and scaling up, the system fails.

Reams have been written about India’s dysfunctional governance and implementation challenges. The failings of India’s bureaucracy—its penchant for red tape, inefficiency, bungling basic service delivery, and corruption—are well documented both in academic literature and popular culture. India’s weak governance has animated significant political change even though this has rarely translated into real change on the ground. In 2014, when India’s current prime minister first received a decisive victory in the national elections, “minimum government, maximum governance” was one of his most popular election slogans. During the election campaign, every effort was made to craft his image as a strong leader capable of reforming India’s broken governance and incompetent bureaucracy. In 2015, the Aam Aadmi Party (AAP), whose education reforms motivated this book, emerged as a significant political force in the city state of Delhi on the back of an anti-corruption and good governance agenda.

Decades of research from scholars, policy practitioners, and international development institutions in India and across the globe have led to a plethora of research and evidence on the technical, “plumbing” solutions to the twin problems of governance and implementation in low-capacity governance environments like India. State capacity and capability is now a well-acknowledged binding constraint to social and economic development. Deregulation, downsizing the state, changing the terms of the contract through civil service reforms and inducing deeper accountability (both internally and externally to citizens) have dominated the debate on what needs to be done. However, even as the problem is widely acknowledged along with a long menu of solutions, there is little understanding, consensus, or indeed real-world examples on what it takes to effectively transition dysfunctional state institutions towards greater functionality and embed high-performance practices (Mcdonnell, 2017; Andrews, Pritchett and Woolcock, 2015).

In India, efforts to change laws and institutional practices, and induce new technical approaches have created occasional islands of success. However, for the most part, these reforms have resulted in “institutional isomorphism” and mimicry—institutional mimicking of what is considered “good bureaucratic practice” rather than real change in ground realities. (DiMaggio and Powell, 1983; Andrews et al., 2015). Routinely, implementation—the lack of political will, weak technical capacity, and sabotage by the corrupt and apathetic frontline, all of which were the very reasons for needing reforms—is blamed. India’s flailing state, as Lant Pritchett (2009) evocatively described it—a state where the head was no longer reliably connected with its limbs—offered a useful explanation for why things went wrong. But the flailing state also raises the question of why repeated efforts to “reform” the state and gain greater control over its limbs have failed to engender long-term change at scale. This is the puzzle of the burial grounds that the bureaucrats we encountered were referring to.

In 2015, a fledgling political party, the Aam Aadmi Party, born out of an anti-corruption movement that shook Indian politics in 2011–12, came to power in the city state of Delhi, India. AAP positioned itself as the party of the marginalised and the urban poor, offering an alternative to “mainstream, corrupt parties”. Soon after coming to power, the government announced its mission to “revolutionise education in Delhi”. A powerful AAP politician, Manish Sisodia, the deputy chief minister, was given the education and finance portfolios. Sisodia made revolutionising Delhi’s education system a personal mission, and appointed a team of young party workers led by Atishi Marlena and supported by a number of non-governmental organisations (NGOs) to lead the reform effort. The critical ingredient that is often credited with the success or failure of reforms—political will—was firmly in place. Not only was the party committed to the cause of education at its highest levels of power, but education also stayed on the agenda well into the party’s tenure in power. In February 2020, the party found itself in a fierce electoral battle to retain power in Delhi. The party’s work on education was given pride of place throughout its election campaign. Even the party’s harshest critics recognised its efforts at trying to reform Delhi’s school system.

The uniqueness and longevity of the Delhi effort offer fertile ground to find answers to the critical questions related to the puzzle of education reforms and embedding long-term change that have concerned India’s bureaucrats. What does it take to institutionalise education reform in India? When and under what conditions do reforms get integrated and absorbed into the everyday workings of the state? And when and how is change resisted, subverted, and consigned to the burial ground?

The unfolding of reforms in Delhi’s schools offered an opportunity to understand what it takes to build state capacity. At the heart of the reform effort was a concerted push towards moving a demotivated, apathetic and low-capacity education frontline (administrators and teachers) away from its business-as-usual approach to the classroom and induce a new performance culture within schools. This created the opportunity to unpack processes and dynamics of institutional transition. How do low-performing, dysfunctional institutions respond to efforts at change and what are the pathways for effectively embedding new performance cultures? Understanding these transitions lies at the heart of the puzzle that preoccupies reformist bureaucrats and debates on state capacity more broadly.

To answer these questions, this study adopted an ethnographic approach. For three years, researchers deployed a variety of ethnographic methods, including participant observations, classroom observations, focus group discussions, and semi-structured interviews with key stakeholders across a set of schools and key informants involved in the Delhi reform effort. The objective was to develop a thick descriptive account of what it takes to undertake large-scale institutional changes in education systems.

Broadly, the “education revolution” had three pillars. First, improving school infrastructure; second, improving learning quality; and third, improving accountability through enhanced parental participation in school activities. The focus of this book is on the second pillar—the effort to improve learning quality. This was a unique effort that marked arguably the first time that any government (national or sub-national) in India had chosen to tackle head-on the challenge of improving learning quality in government schools and make it part of the government’s political agenda. This reform pillar included a wide range of programmes aimed at changing the in-service training model, creating a new mentorship and support structure for teachers, and an active public campaign to motivate teachers and restore their professional status.

A key ingredient of the reform was a programme called Chunauti 2018, which was based on the principles of Teaching at the Right Level (TaRL), a classroom instruction model designed and widely implemented across the country by Pratham, the country’s largest education-focused non-profit. The core objective of TaRL is to break the classroom free of the constraints of the age-grade curriculum to refocus its efforts on teaching at the level of the student. In the TaRL structure, students are organised into groups by ability levels and are taught using level-appropriate teaching, learning activities, and materials. Learning goals are simple and clear, and ongoing measurement is used to assess progress (Banerjee et al., 2016). The approach itself has been subject to careful evaluation and research. These evaluations have demonstrated the positive effects of this approach. A series of studies conducted by the Abdul Latif Jameel Poverty Action Lab (J-PAL) documents these impacts (Banerjee et al., 2016). In fact, in 2019, the Delhi government acknowledged its programme to be an adaptation of TaRL, inspired by evaluations on TaRL by Nobel laureates Abhijit Banerjee and Esther Duflo, in partnership with Pratham.

Even as evaluations of TaRL pointed to its effectiveness as a method, they also highlighted the grand puzzles that motivated this research—the difficulties of routinising TaRL into the everyday life of the classroom and the education system. Research studies offer some hints—they point to the importance of top-down support and monitoring, the importance of school-level leadership, and bureaucratic will as key ingredients of success. However, these studies also highlight the limits of success and lay bare the puzzle of embeddedness and organisational change in the long term.

The study was not designed to undertake an evaluation of the success or failure of reform. Nor was it specifically about the desirability or defects of the policy reform choices. It took these reform choices and the policy context as a given. It is important to note that the Delhi reforms had its share of criticisms (Kumar, 2016; Rampal, 2016). However, our goal was not to comment on whether these were the “right” reforms or have their appropriateness measured in terms of their technical capability. This study sought to understand the pathways through which policy formulations, designed and promoted by committed leaders (the sound and functional head of the flailing state), transmit their ideas and how these are understood, resisted, and adopted on the ground. In essence, this is a study that sought to illuminate the multifaceted challenges of introducing change and transition in low-capacity settings. Its focus was on documenting the process of implementing reforms and the dynamics of resistance, distortion, and acceptance of reform efforts on the ground.

The provocative claim that this report makes is that the success and failure, and eventual institutionalisation, of reforms depend fundamentally on how the frontline of the system understands, interprets, and adapts to reform efforts. This, we shall argue, holds the key to upending the status quo of “pilot” burial grounds that characterise many education reform efforts in India. Reforms are never implemented in a vacuum. They inevitably intersect with the belief systems, cultures, values, and norms that shape the education ecosystem. The dynamics of this interaction, the frictions it creates, and reformers’ ability to negotiate these frictions are what ultimately shape outcomes. In the ultimate analysis, we argue that reforming deeply entrenched education systems (and, more broadly, public service delivery systems) is not merely a matter of political will and technical solutions (although both are critical). It is about identifying the points of reform friction in the ecosystem and experimenting with different ways of negotiating these. The narrative presented here does not have any clear answers for what needs to be done right. Instead, it seeks to make visible the intricacies and potential levers of change that tend to be ignored in the rush to “evaluate” reforms and declare success and failure. Moving beyond success to understand the dynamics of change and resistance is the primary contribution of this study.