A Problem-Driven Approach to Education Reform: The Story of Sobral in Brazil 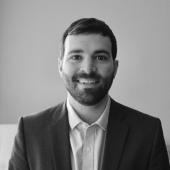 For more than two decades, the Brazilian municipality of Sobral has focused intensively on improving the quality of its public education system; the resulting success has been remarkable. In 2005, the Brazilian federal government started calculating a Basic Education Development Index (IDEB in Portuguese), which measures the quality of education in schools across the country. In the inaugural results in 2005, 1,365 municipalities had a better score for primary education than Sobral. By 2017, Sobral made national news by ranking number one in the entire country for both primary and lower secondary education (Cruz and Loureiro, 2020). These results are even more impressive when considering that Sobral is located in the northeastern state of Ceará, which is the fifth poorest state in Brazil in terms of GDP per capita (Cruz and Loureiro, 2020).

How has Sobral achieved such results? According to a 2020 interview with Ivo Gomes, the current mayor of Sobral, “We have reached this position because this is a 23-year- old project that has surpassed changes in mayors and secretaries of education. People think it’s magic and it’s not. It is persistence and a lot of hard work” (Johnson, 2020). Understanding the success of Sobral requires looking back to the beginning of reform efforts in 1997, when Ivo Gomes’ brother (Cid Gomes) began his first term as mayor.

In 1997, the newly elected mayor of Sobral implemented multiple reforms to improve the education system. While enrolment numbers and school buildings improved, many students were still not learning. A diagnostic assessment in 2000 revealed that 48 percent of second graders in Sobral could not read. In early 2001, results from a second assessment of all second, third, and fourth graders also revealed poor outcomes. The results were a wake-up call and revealed a problem that the municipal leadership could not ignore. Instead of hiding the assessment results, the municipal government widely shared them with the community and announced a goal of 100 percent literacy for children by the end of the second year of primary school. Three years later, an assessment showed that over 91 percent of students completing their second year of primary school could read text with ease.

The municipal leadership made many important reforms that were key to this success, including: setting clear targets, improving management both at the Secretariat-level and the school-level, increasing school autonomy and responsibility, introducing a new pedagogy, training teachers, and increasing financial incentives to school staff. Another critical reform was the Secretariat of Education’s introduction of external assessments of all primary school students, held twice a year. Combined with the other reforms, these assessments resulted in an education system that was constantly learning, iterating, and identifying new ways to improve student literacy.

The case of Sobral exhibits many elements that are similar to Problem Driven Iterative Adaptation (PDIA), an approach wherein problems are key to driving change (Andrews et al., 2015). The PDIA approach relies on reformers to identify problems that matter, break them down into their root causes, identify entry points, act, stop to reflect, and then iterate and adapt their way to a solution.1 This process of constant feedback and experimentation by local actors allows for the development of a solution that fits the local context.

This paper explores the transformation of Sobral’s education system through the lens of PDIA2 , with an emphasis on the early reform period of 2000-2004. Many excellent papers have been written, in Portuguese and English, about the case of Sobral; this paper draws heavily on this existing literature.3 The paper is also supported by interviews from key individuals who either were closely involved with the reform efforts or have studied them. The paper follows the narrative of the Sobral story, starting in 1997, and uses boxes and other diagrams to view the reform efforts through the lens of PDIA. Finally, the paper explains how the reform efforts grew and scaled over the years, not only within Sobral, but also to other municipalities in Ceará and across Brazil.

To read more, take a look at the full Insight Note in PDF format.

Funda Wande through the Lens of PDIA: Showcasing a Flexible and Iterative Learning Approach to Improving Educational Outcomes