The Politics of Improving Learning Outcomes in South Africa 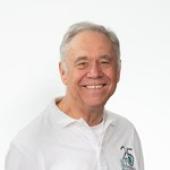 Political economy and ideology are important determinants of educational development. The authors examine this in the South African context, using an approach which is in part dialogical, while paying special attention to the acquisition of foundational skills in the early grades. South Africa’s apartheid legacy, and the predominance of the upper secondary school-leaving certificate, shaped the policy discourse in ways that often marginalised the question of foundational skills. Post-1994, the political urgency of providing quality schooling to the emerging black middle class could have diverted attention from improving the quality of education for the poorest segments of society, despite official policy commitments to serving the poor. Notwithstanding these limitations, South Africa has seen substantial gains in learning outcomes in the last twenty years, driven mainly by improvements among the least advantaged. Yet outcomes remain well below those of other middle income countries. Several political and non-political factors could impede further gains. Education planning capacity remains weak. The quality of teacher training at universities is considered poor. The electoral system rewards politicians who respond to popular demands, but such demands tend to focus on very visible phenomena such as school infrastructure and obtaining the Grade 12 certificate. Learning in the early grades has become more visible due to work occurring in samples or pockets of the system. How to make this visible across all primary schools through better availability of information, and better systems development capacity, and how to link information to school accountability in ways that avoid pitfalls experienced in South Africa’s recent past, are politically and ideologically charged questions. Corruption has adversely affected the schooling system, most noticeably with respect to who is promoted, but the wider erosion of institutions caused by corruption undermines schooling in more insidious ways. The South African experience confirms that a more politically informed approach to education policy analysis is illuminating and necessary. The emergence of a specialist literature on the political economy of education is helpful. However, a complete treatment of politics in the education policy arena should include analysis of ideological narratives employed by contesting elites, and how these narratives almost gain ‘a life of their own’, independently of what their proponents may have intended.