PDIA for Systems Change: Tackling the Learning Crisis in Indonesia 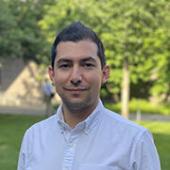 The need for a different approach

Indonesia is facing a learning crisis. While schooling has increased dramatically in the last 30 years, the quality of education has remained mediocre (Rosser et al., 2022).1 Teacher capability is an often cited weakness of the system, along with policies and system governance. Approaches focused primarily on adding resources to education have not yielded expected outcomes of increased quality. “It is a tragedy that in the second decade of the twenty-first century, some children in Indonesia are not completing primary school and are turned out into the workforce as functional illiterates.” (Suryadarma and Jones, 2013; Nihayah et al., 2020).

In the early 2000s, Indonesia began a process of decentralising service delivery, including education, to the district level. Many responsibilities were transferred from the central government to districts, but some key authorities, such as hiring of civil service teachers, remained with the central government. The Indonesian system is complex and challenging to manage, with more than 300 ethnic groups and networks of authority spread over more than 500 administrative districts (Suryadarma and Jones, 2013).

Niken Rarasati and Daniel Suryadarma2 researchers at SMERU, an Indonesian think tank and NGO, understood this context well. Their prior experience working in the education sector had shown them that improving the quality of education within the classroom required addressing issues at the systems level (Kleden, 2020). Rarasati noted the difference in knowledge between in-classroom teaching and the systems of education: “There are known-technologies, pedagogical theories, practices, etc. for teaching in the classroom. The context [for systems of education] is different for teacher development, recruitment, and student enrollment. Here, there is less known in the public and education sector.” Looking for ways to bring changes to policy implementation and develop capabilities at the district level, SMERU researchers began to apply a new approach they had learned in a free online course offered by the Building State Capability programme at the Center for International Development at Harvard University titled, “The Practice of PDIA: Building Capability by Delivering Results”.3 The course offered insights on how to implement public policy in complex settings, focused on using Problem Driven Iterative Adaptation (PDIA).4 The researchers were interested in putting PDIA into practice and seeing if it could be an effective approach for their colleagues in government. This case study reviews Rarasati and Suryadarma’s journey and showcases how they used PDIA to foster relationships between local government and stakeholders, and bring positive changes to the education sector.

Funda Wande through the Lens of PDIA: Showcasing a Flexible and Iterative Learning Approach to Improving Educational Outcomes