The Myth and Reality of Teacher Shortage in India: An Investigation Using 2019-20 Data 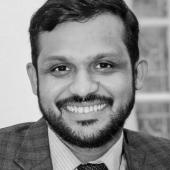 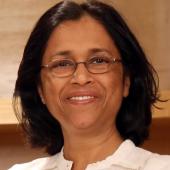 This paper examines the widespread perception in India that the country has an acute teacher shortage of about one million teachers in public elementary schools, a view repeated in India’s National Education Policy 2020. Using official DISE data, we show that teacher vacancies cannot be equated with teacher shortages: while the number of teacher vacancies (in teacher-deficit schools) is 766,487, the number of teacher surpluses (in surplus-teacher schools) is 520,141, giving a net deficit of only 246,346 teachers in the country. Secondly, removing estimated fake student numbers from enrolment data greatly reduces the required number of teachers and raises the number of surplus teachers, converting the net deficit of 246,346 teachers into an estimated net surplus of 98,371 teachers. Thirdly, if we both remove estimated fake enrolment and also make a hypothetical change to the teacher allocation rule to adjust for the phenomenon of emptying public schools (which has slashed the national median size of public schools to a mere 63 students, and rendered many schools ‘tiny’), the estimated net teacher surplus rises to 239,800 teachers. Fourthly, we show that if government does fresh recruitment to fill the supposed approximately one-million vacancies as promised in National Education Policy 2020, the already modest national mean pupil-teacher-ratio of 25.1 would fall to 19.9, at a permanently increased fiscal cost of nearly Rupees 637 billion (USD 8.7 billion) per year in 2019-20 prices, which is higher than the individual GDPs of 50 countries that year. The paper highlights the major efficiencies that can result from evidence-based policy on minimum viable school-size, teacher allocation norms, permissible maximum pupil teacher ratios, and teacher deployment.

Class Size and Learning: Has India Spent Too Much on Reducing Class Size?