Embedding Innovation in State Systems: Lessons from Pratham in India 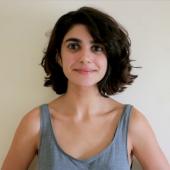 The learning crisis in many developing countries has led to searches for innovative teaching models. Adoption of innovation, however, disrupts routine and breaks institutional inertia, requiring government employees to change their way of working. Introducing and embedding innovative methods for improving learning outcomes within state institutions is thus a major challenge. For NGO-led innovation to have largescale impact, we need to understand: (1) what factors facilitate its adoption by senior bureaucracy and political elites; and (2) how to incentivise district-level field staff and school principals and teachers, who have to change their ways of working, to implement the innovation? This paper presents an ethnographic study of Pratham, one of the most influential NGOs in the domain of education in India today, which has attracted growing attention for introducing an innovative teaching methodology— Teaching at the Right Level (TaRL) – with evidence of improved learning outcomes among primary-school students and adoption by a number of states in India. The case study suggests that while a combination of factors, including evidence of success, ease of method, the presence of a committed bureaucrat, and political opportunity are key to state adoption of an innovation, exposure to ground realities, hand holding and confidence building, informal interactions, provision of new teaching resources, and using existing lines of communication are core to ensuring the co-operation of those responsible for actual implementation. The Pratham case, however, also confirms existing concerns that even when NGO-led innovations are successfully implemented at a large scale, their replication across the state and their sustainability remain a challenge. Embedding good practice takes time; the political commitment leading to adoption of an innovation is often, however, tied to an immediate political opportunity being exploited by the political elites. Thus, when political opportunity rather than a genuine political will creates space for adoption of an innovation, state support for that innovation fades away before the new ways of working can replace the old habits. In contexts where states lack political will to improve learning outcomes, NGOs can only hope to make systematic change in state systems if, as in the case of Pratham, they operate as semi-social movements with large cadres of volunteers. The network of volunteers enables them to slow down and pick up again in response to changing political contexts, instead of quitting when state actors withdraw. Involving the community itself does not automatically lead to greater political accountability. Time-bound donor-funded NGO projects aiming to introduce innovation, however large in scale, simply cannot succeed in bringing about systematic change, because embedding change in state institutions lacking political will requires years of sustained engagement.