The RISE Podcast: Ritva Reinikka on the Role that Financing Plays in Education Systems

Dr Ritva Reinikka discusses the role of finance in education, insights from Uganda and South Africa, and the importance of a using system’s approach. 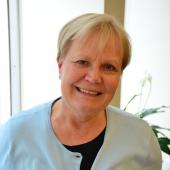 In this episode of the RISE Podcast, Carmen Belafi, RISE Research Associate at Oxford University’s Blavatnik School of Government, speaks with Dr Ritva Reinikka. During the episode, they discuss the role that financing plays in education systems. Ritva shares her insights from having worked closely with the governments of Uganda and South Africa, and illustrates the crucial role that the Ministries of Finance have played in the transformation of education in both countries. She also talks about the importance of applying a system’s approach to education, including not just the actors squarely within the education sector—the Ministry of Education, administrators, school principals and teachers—but the broader political and societal context in which the education sector operates.

Ritva Reinikka, a Finnish national, is Professor of Practice at the Helsinki Graduate School of Economics, based at Aalto University School of Business in Helsinki and former RISE Delivery Board Chair (2015 – 2020).

Ms. Reinikka worked at the World Bank in 1993-2013. She joined the Bank as a Country Economist in East Africa and was a Research Manager in the Development Research Group. She was Co-Director of the 2004 World Development Report Making Services Work for Poor People. During her career at the World Bank, Ms. Reinikka was also Country Director for South Africa, based in Pretoria; Director for Poverty Reduction, Economic Management, Private Sector and Finance in the Middle East and North Africa region; and Director for Human Development in the Africa region.

Her professional and research interests include public economics, service delivery, education, health care, and empirical microeconomics of growth. She has published widely in peer reviewed journals and policy-oriented outlets.

Prior to joining the World Bank, she was a researcher at the Centre for the Study of African Economies, University of Oxford, and the Helsinki School of Economics. She has also held operational positions in UNICEF and with the Ministry for Foreign Affairs of Finland. She holds a DPhil in Economics from the University of Oxford.

The RISE Podcast: Shintia Revina on Teaching and the Teaching Profession in Indonesia