Jishnu Das discusses the RISE Pakistan team's ambitious research into describing how the nation's education system works and investigating how it can change to ensure all children learn. 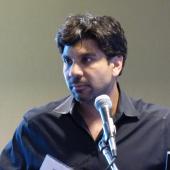 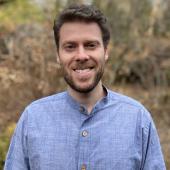 In this episode, RISE Research Fellow Jason Silberstein speaks to Jishnu Das, Professor at Georgetown University and a Principal Investigator of the RISE Pakistan Country Research Team. They discuss Jishnu and his team’s ambitious research agenda, which is not simply studying the impact of a new education policy or intervention, but trying to build a fresh description of how the education system works. They talk about what makes a good school and how to measure it; why comparing public and private schools hides more than it helps; 'Zombie Schools' that are feeding on kids’ brains; and why every child that doesn’t learn is the fault of a badly engineered system and the ways we can change that.

Jishnu Das is a Principal Investigator on the RISE Pakistan team. He is a Professor at the McCourt School of Public Policy and the Walsh School of Foreign Service at Georgetown University. His work focuses on health and education in low and middle-income countries, with an emphasis on social markets, or common, but complex, conflagrations of public and private education and health providers operating in a small geographical space. He was previously a lead economist at the World Bank’s Development Research Group, where his research focused on the delivery of quality education and health services. He has authored numerous education-related works, including “India Shining and Bharat Drowning: Comparing Two Indian States to the Worldwide Distribution in Mathematics Achievement” (Journal of Development Economics), and “Teacher Shocks and Student Learning: Evidence from Zambia” (Journal of Human Resources), in addition to work co-authored with Tahir Andrabi and Asim I. Khwaja. Das was awarded a PhD in economics from Harvard University and a BA from St. Stephen’s College in New Delhi, India. He was an author of the Learning and Educational Achievement in Punjab Schools (LEAPS) report, an extensive study of the schooling environment more than 100 villages in rural Pakistan.

Jason Silberstein is a Research Fellow for RISE at the Blavatnik School of Government. His research explores the relationship between schools and the communities they serve.

Before joining RISE, he worked as a consultant to the governments of Ethiopia and Ghana on reforms aimed at strengthening accountability in their education systems, and spent 18 months as a policy advisor in the Myanmar Ministry of Education. His understanding of international development was shaped by 3 years at Seva Mandir, a grassroots nonprofit in India. His first job was as a secondary school English literature teacher. Jason holds a Masters in Public Administration in International Development (MPA/ID) from the Harvard Kennedy School.

The RISE Podcast: Armando Ali on Assessing Learning in Mozambique and the Power of Citizen Action

Heterogeneity in School Value-Added and the Private Premium

The Value of Private Schools: Evidence from Pakistan