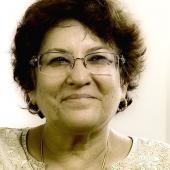 Veena Das is a Collaborating Researcher on the RISE Pakistan team. She is the Krieger-Eisenhower Professor of Anthropology at Johns Hopkins University. Before joining the faculty there in 2000, she taught at the Delhi School of Economics for more than 30 years and also held a joint appointment at the New School for Social Research, from 1997- 2000. For over four decades Das has researched a broad range of subjects. Her most recent publications include an examination of violence; an interrogation of the relationship between health, disease, and poverty; and the creation of a conceptual space in the interstices of anthropology and philosophy. Das is a fellow of the American Academy of Arts and Sciences and also of the Academy of Scientists from Developing Countries. She has received honorary doctorates from the University of Chicago and Edinburgh University. Most recently she received the Nessim Habif Prize from the University of Geneva.