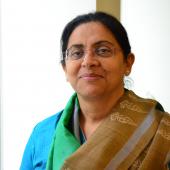 Rukmini Banerji is a member of the RISE Intellectual Leadership Team and CEO of Pratham Education Foundation. She completed her BA at St. Stephen’s College and attended the Delhi School of Economics (DSE). She was a Rhodes Scholar at Oxford University and earned her PhD at the University of Chicago. She worked as a programme officer at the Spencer Foundation in Chicago for several years before returning to India in 1996 to join Pratham as part of the leadership team. There, she led the organisation’s research and assessment efforts, which have included the internationally acknowledged Annual Status of Education Report (ASER). She served as director of the ASER Centre in New Delhi for 10 years.

The Power of Community as a Catalyst to Tackle Disrupted Learning

From Crisis to Celebration: An Action Plan for the Way Forward When Schools Re-open

COVID-19 Makes Teaching at the Right Level Even More Pressing