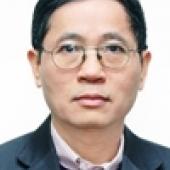 Le Thuc Duc is a Collaborating Researcher on the RISE Vietnam team. He has been a senior researcher and the Head of the Section for Economic Forecasts under the Centre for Analysis and Forecasting (CAF) since 2004. CAF is a policy-oriented institution member of Vietnam Academy of Social Sciences, which is a government agency completing research in social sciences. Since 2006, he has also worked as the Principal Investigator for Young Lives, Oxford University, UK and Vietnam Academy of Social Sciences, Hanoi. Within Young Lives, his research focuses on child nutrition, schooling and skill formation.

He studied mathematics in the former Soviet Union, where he also earned the Lower Doctorate degree in Mathematics. Following the economic reforms of Doi Moi, he was awarded a Fulbright Scholarship to study Development Economics at Williams College, Massachusetts, USA. He received his PhD in Economics at State University of New York. A native Vietnamese speaker, he is fluent in Russian and English.