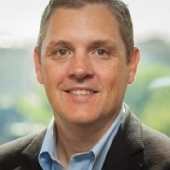 Deon Filmer is Key Researcher on the RISE Tanzania team and a lead economist in the Research Group of the World Bank. He is a principal investigator on an evaluation of teacher and student incentives in secondary schools in Tanzania. He is a co-director of the 2018 World Development Report, which for the first time focuses on education. He has worked extensively on issues of accountability including co-authoring the book, Making Schools Work: New Evidence from Accountability Reforms, and he was a core team member of the World Bank's 2004 World Development Report 2004, Making Services Work for Poor People. In addition to his research, he has also been involved in the operations division of the Africa region.

What Makes a Good Teacher? It Could Be Simpler Than We Imagined