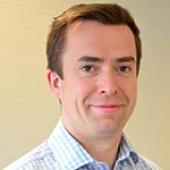 Calum Miller is Chief Operating Officer at the Blavatnik School of Government, responsible for the general administration of the School.

Before BSG, Calum spent 13 years in the UK civil service, during which time he worked as Principal Private Secretary to the UK’s Deputy Prime Minister, Nick Clegg, and at various times in the Treasury, the Cabinet Office, the Foreign Office and the Department for International Development. Much of his work has been in global economic policy-making, including international development finance, international energy market analysis and multilateral trade. He has travelled widely, representing the UK in international negotiations, and worked for the UK’s Permanent Representation to the European Union. Calum has also advised on domestic policy issues and served from 2009-2010 as Principal Private Secretary to the Cabinet Secretary and head of the UK Civil Service.;

Calum provides administrative oversight of the research, communications and impact aspects of the RISE Programme.