Education in Tanzania: From Good Intentions to Lasting Impact 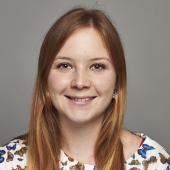 In the months since Tanzania’s October elections, I’ve heard a lot about the nation’s new president, John Pombe Magufuli, and his energetic campaign to eliminate corruption and wastage, get rid of ineffective senior staff, and crack down on tax collection. I admit however, I was sceptical about how far down the system his impact would reach. After all, good intentions – even pushed by a leader nicknamed ‘the Bulldozer’ – don’t always translate into real change.

But last month I spent two weeks in Tanzania’s rural regions, speaking with mid-level and frontline education officials who are closer to supervising, managing and delivering education. I was surprised to hear similar messages. The ‘recent changes,’ ‘new leadership,’ and ‘our President John Pombe Magufuli’ were phrases repeated by many. I heard about greater accountability and monitoring – that teachers were scared of not performing, teacher attendance was improving, and ward and district supervision had intensified. I also heard that payments to schools – for capitation grant and free education – were more regular; that desks were being ordered; and that parents were more aware of their entitlement for education, having heard the president talking on the news.

These are still early days, and my anecdotes do not present a complete picture - but they do offer exciting examples of how a change of leadership could potentially filter throughout the system. The questions are whether this talk will turn into behavioural change, and whether this change, in turn, will be sustainable.

To me, the situation has strong parallels with the questions the RISE country research team is asking through its new project in Tanzania . The RISE team is examining the effects of educational reforms that predate Magufuli’s presidency, but capture the same spirit of aiming to change the status quo.

The RISE team is embarking on an analysis of Tanzania’s national education programme, Big Results Now in Education. This impressive reform effort was also initiated by strong leadership, with the previous Government launching a programme in six priority sectors in 2012 to aid transition to middle income status. With leadership from the previous president and consultation with over 30 organisations from central and local government, civil society, academia and development partners, the reform won substantial buy-in for its ambitious project components and outcome targets.

If Big Results Now achieves its intended impact goals, it could really transform education outcomes for children in Tanzania. The programme was established to tackle accountability mechanisms and incentives, the way teachers teach, school financing, and teacher motivation. Last month I heard multiple times that motivation is low due to unreliable salary payments to teachers. Studies have found teachers to be absent from the classroom more than 50 percent of the time (see here and here), - with this absenteeism often attributed to motivation. If the programme has made progress towards addressing this problem, the impacts on education could be transformative.

The RISE team will be researching whether the anticipated impacts of the Big Results Now reform package are indeed borne out. They will be looking at a number of components and routes through which the reforms aim to improve learning outcomes. Critically, the RISE team will try to understand not only what worked, but why. A key part of answering the ‘why’ question is about understanding how coalitions for reform were founded and sustained, and about how behaviour changed throughout the system. What was going on back in 2012 that led to this big push from stakeholders? Will any momentum be maintained and supported by the new government? And how does this trickle down to action and implementation by all the actors in the system – teachers, local government officers, local politicians, and the community?

I’m excited to see what emerges over the coming years, as the research team starts finding answers, providing policymakers with a strong understanding of how, with the right circumstances, rapid improvements in learning outcomes might be achieved. This will help ensure that positive talk actually turns into concrete benefits for millions of children.