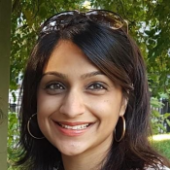 Pakistan has become a hotbed of educational reform. Teachers are now being hired on merit. Last year, the Government of Punjab — the 12th largest schooling system in the world — outsourced 4,276 underperforming public schools to NGOs and private entities. And it doesn’t stop there: I count more than 100 significant initiatives implemented by various administrations over the last 15 years.

I have two observations as an education entrepreneur‐turned‐researcher currently working with LEAPS (Learning and Education Achievement in Pakistan Schools), a team that has helped change the education dialogue in Pakistan over the last 15 years. First, Pakistan’s pursuit of improvement is a laudable achievement that has gone underappreciated as domestic and international media focus on political controversies and social divisions. Second, each of these reforms should have been extensively debated and rigorously evaluated. But even as Pakistan surges ahead in implementing reforms, we lack a parallel effort to assess how they benefit (or hurt) millions of children in the system.

Despite extensive research, I found just a handful of analytical papers on education in Pakistan over the last decade, mainly examining public‐private partnerships. What do we know about the impact of all the other reforms, including merit‐based hiring, centralized testing in Grades 5 and 8, school consolidation, switching the medium of instruction to English, or switching the medium of instruction back to Urdu? Sadly, not much.

Every reform, no matter how well‐intentioned, can have unintended consequences. We have realized that merit‐based hiring destroyed the ability of rural children to become teachers, and centralizing examinations reduced the academic year by a third in the tested grade. Understanding the full impact of reforms is critical, especially as the new administration grapples with which existing policies to keep and which to scrap.

So the question is, why is there such a dearth of good research in Pakistan?

One reason is that a culture of honest, rigorous evaluation is missing in Pakistan, perhaps because of potential fallout expected from negative findings. That is a tragedy — because without quality evidence, we can’t build on successes or correct mistakes.

Another reason is a lack of researchers doing this crucial work. Not only is it difficult to train and retain capable people, Pakistan also lacks the ecosystem required to support such work, largely because of the (in)actions of both Government and international donors. Independent researchers wanting to evaluate reforms struggle to find funding, a team, and access to government data. Unsurprisingly, many of our best academics and researchers choose to work instead on lucrative but less‐valuable projects funded by donor organizations.

International donors have invested over a billion dollars in education in Pakistan over the last five years. While that accounts for less than 2 percent of Pakistan’s total education spending, it’s large enough to enable disproportionate influence over policy decisions. This influence could be used to bring high‐value evidence to the policy table, but that has not been a priority. Furthermore, donors have skewed salaries so drastically that it is impossible for local entities to afford the required caliber of talent to do this meticulous work. At LEAPS we have been woefully unable to attract the large number of researchers needed to keep pace with rapid developments. Donors seem to be buying up our brightest minds but giving them little room to do the critical research necessary to improve our education systems.

This should not be so hard. If policymakers and the donors who advise them can implement ambitious reforms, they can enable an environment where these are studied and debated robustly, so as to generate the knowledge needed to do better. Concurrently, Pakistan’s intellectuals need to ponder the substance and impact of their work.

A simple recommendation is for provincial governments and large donors to pool resources and establish independent funds for impartial research, separate from regular operations, to which anyone interested in conducting research can apply in a transparent manner.

As the PTI administration sets out to design education policy for a naya Pakistan, it must value reliable evidence that can identify better, cheaper interventions. Without this, our children pay the price.

This article first appeared in the Express Tribune.