Why do school committees function and create impact in some contexts and not in others? A RISE-funded study seeks to answer this question in five Nigerian states. 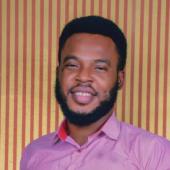 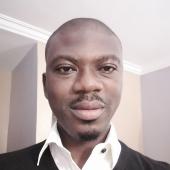 The involvement of School Based Management Committees (SBMCs) in providing oversight to the core activities of schools is a frequently studied intervention for school improvement. Usually consisting of parents and other local educational stakeholders, SBMCs are formal structures at the local level of education that play a key function in accountability and decision-making, especially when they have access to information about the performance of the system.

This research on SBMCs takes place in the context of broader research on promoting grassroots and bottom-up approaches to enhance accountability of school management, often through community-based interventions (Messerli and Abdykaparov 2008; Patrinos et al. 2009). Responsibilities being shifted to community-based organisations include budgetary allocations, recruiting and laying off of teachers, curriculum development, infrastructural improvement, monitoring and evaluation of teachers’ performance, and learning outcomes (Patrinos et al. 2009).

Findings on the centrality of information on educational performance and the impact of SBMCs on improved decision-making and transparency in the governance of schools, and by extension on the learning outcomes of students, are mixed. In some contexts, when school management committees are actively engaged in the decision-making process of the school, and when they use data such as children’s performance levels against curriculum standards to ask difficult questions about teacher effort and motivation, learning outcomes improve (Mozumder and Halim 2006, Jimenez and Sawada 2014, Umar et al. 2017, Ismail 2020). But in other contexts, providing SBMCs with information and training is not sufficient to drive action; even when citizens are aware of poor performance or of their rights and responsibilities, they do not always seem to act (Poulsen, 2017, Tieng’o 2020).

So why is it the case that school committees function and are impactful in some places and not in others? A RISE-funded study seeks to answer this question in five Nigerian states.

We argue in this blog that in Nigeria, the notion of isomorphic mimicry warrants further study in relation to the national SBMC policy. Isomorphic mimicry is a technique in which governments create the outward appearance of highly functioning development institutions to conceal their dysfunction. Isomorphic mimicry partially explains why some countries are unable to build institutional capacity even after years of policy reforms and implementation. This practice is common in the education sector, in which governments of developing countries adopt policies to mobilise international support without a real commitment to addressing the main challenges of basic education. While Nigeria’s SBMC program provides the outward appearance of a functional, community-led education institution, our initial research confirms the general perception that it is often ineffective or even nonexistent in areas where SBMCs have been officially formed.

A School-Based Management Committee (SBMC) initiative was introduced in Nigeria in 2005 by the National Council of Education (NCE) following the reintroduction of Universal Basic Education in 2004. While they had previously existed informally in some cases, SBMCs were formally institutionalized through the national school-based management policy (NSBMP). The SBMC model seeks to improve accountability and educational outcomes through the involvement of teachers, parents, and students in school management  (Patrinos et al., 2009). SBMCs are voluntary groups made up of a wide range of local education stakeholders such as parents and community-based groups interested in education. They were established to act as a bridge between schools and the communities they serve by involving local communities in school decision-making and developing bottom-up approaches to identifying and designing education policies. SBMCs have a larger role in school management than existing Parent Teacher Associations (PTAs).

Practices of Nigerian SBMCs vary across region and state, but the overall goals of SBMC interventions include:

The functionality of SBMCs in Nigeria is limited by the lack of focus of education policies on learning crisis issues (learning outcomes, as opposed to only access), the effects of weak political institutions, and SBMC members’ (lack of) awareness of their roles and responsibilities. Poor administration and misappropriation of funds within the education system and a lack of continuity in program supervision due to frequent changes of government inflict harms on SBMCs in Nigeria (Babalola JB., 2018). In 2012, SBMCs were not functioning in an estimated 60 percent of government-owned primary schools (E Uzor, 2017), though national politicians continue to assert the benefits of establishing SBMCs.

The SBMC study as a component of the RISE Nigeria project seeks to examine how SBMCs are functioning in Nigeria and whether simple interventions to increase inclusiveness, interactions with local politicians, or SBMC accountability can lead to better-functioning SBMCs and improved learning outcomes. The study focuses on public primary schools in Anambra, Bauchi, Ekiti, Enugu, and Niger States. As part of its preliminary activities for the SBMC study, the RISE team conducted a survey to identify the presence of active SBMCs in the five project states. Research assistants surveyed school headmasters, SBMC Chairpersons, and SBMC members. The survey was mainly aimed at determining the following factors, which were combined to determine whether the study considers an SBMC to be “active:” presence of SBMC in the school, membership status of the headmaster & SBMC chairperson, number of SBMC members, frequency of SBMC meetings, and sum of active SBMC members (see Table 1). Surveyors collected data from 99 Local Government Areas with a school population size of 9,442 schools, of which 6,188 of the schools were covered by the survey due to security concerns and inaccessibility in some areas.

Table 1: Variables of Interest used in estimating activeness of SBMCs

An index was developed from the factors listed above to typify schools as having active and non-active SBMCs. A total index score of ≥78 units was determined to be the threshold for schools with active SBMCs. Picture evidence from meetings within the last year and attendance from weekly meetings were also used as evidence to determine the activeness of an SBMC in a surveyed school.

Using this methodology, a total of 1,524 schools were observed to have active SBMCs, or about one in four schools surveyed (see Table 2 below). Surveys also revealed reasons for non-activity of SBMCs in these areas including administrative problems such as misappropriation of school grants by school principals and lack of synergy between inexperienced principals and SBMC members. Communication deficits between the head teacher and SBMC members and insufficient proposed benefits/compensation for SBMC members also contributed to inactiveness of SBMCs.

Table 2: Distribution of active SBMCs across states under study

Our initial survey work suggests that the problems observed in Nigeria’s SBMC program nationally are also present in the study area, which includes states in both northern and southern Nigeria. Yet to fully understand these issues, we must also understand that perceptions of the roles and functions of SBMCs, and consequently the structural frameworks of SBMC programs, differ across regions of Nigeria. This is perhaps to be expected in ethnically diverse states with unique community dynamics. How SBMCs function across regions is likely to be an outcome of regional specificities such as religious inclinations, cultural values, etc.   For instance, the northern and southern regions differ culturally and particularly in the value placed on ‘Western’ education in respect to female children. Southern regions of Nigeria also have a higher proportion of female teachers than northern regions. These differences, which may be attributed to religious and cultural beliefs (sharia law and the place of women in society), may determine the level of success or failure of SBMC programs. Other regional differences include gender composition of SBMC members, frequency and quality of SBMC interactions with policymakers (this is crucial as SBMCs are envisioned to be bridges between the government and the community), and levels of parental involvement and investment. These differences likely present a major roadblock to functional SBMCs in some regions.

As the RISE SBMC research programme continues, we believe that the diversity of the five states in our study area will provide an opportunity to examine how regional differences affect the functioning of SBMCs. For instance, the two Northern states in the study (Bauchi & Niger) are less likely to include women in public functions such as the SBMC Board. Though they are more gender inclusive, the three Southern states (Anambra Ekiti and Enugu) remain deficient in the areas of parental involvement and engagement with policy actors. The popular perception of southerners (especially in Anambra and Enugu states) is that a majority are entrepreneurs. For southern parents who believe in this perception, it may lead to reduced time allotted to involvement in their children’s education.

Why does the national policy of establishing SBMCs remain one of the key priorities for education authorities in Nigeria given the existing fundamental challenges in improving quality of education? Nigeria’s education system is characterised by inadequate funds for basic facilities, lack of teaching materials, poor quality of teacher training, and delays in paying teachers’ salaries (ESSPIN, 2017). In the face of these challenges, we believe that the government prioritises the SBMC policy without adequately ensuring its implementation mainly to gain support from the international development community. The national policy does not provide a clear process for implementing its goals, nor budgetary provisions to achieve them. In the absence of government support, the success of SBMC interventions depends on support from international donors. This is a symptom of a larger problem, as the Nigerian government lacks the political will to invest in education and fix the education sector (NS Okoroma, 2006). Hence, Nigeria’s SBMC program has become an unfortunate example of isomorphic mimicry – the government can claim they have a strong policy in place, and donors have a convenient program to invest in. Initial data from our study area seems to confirm that the program is ineffective in most cases.

Now that active SBMCs have been identified, the research team will focus its activities on the function of these SBMCs in order to learn more about their functionality and how their local context affects it. A baseline survey is currently being administered to parents, students, SBMC leadership and school administrators in sampled communities. After the baseline survey, our team will implement randomised interventions designed to increase SBMC inclusiveness, interactions with politicians, and parental aspects and aspirations. Amid large variation in SBMC practices, the results of these interventions can help policymakers to understand what characteristics of SBMCs lead to improved educational outcomes, especially through the channel of increased demand for education. The team hopes that research findings can guide motivated policymakers and local stakeholders on how to alter the SBMC policy so that it is no longer an example of isomorphic mimicry.

Mobilising Community Support for Education: Lessons from the Igbajo Community in Nigeria