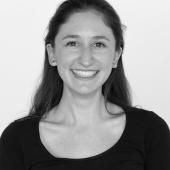 A welcome feature of the World Bank’s new Human Capital Index (HCI) is that both learning and schooling are built in. This improves on previous development benchmarks that did not include a learning goal at all (the MDG for primary completion) and the new SDG, which includes both attainment and learning goals—but does not yet include a measure for learning (though work is underway to address this).

However, there is a danger that political and thought leaders will hear “invest in human capital” as a call to do “more of the same.” This is a twofold danger. First, expanding enrollment alone isnot enough to raise the HCI to acceptable levels in many countries where learning is low. Second, we have seen that learning outcomes do not just “naturally” improve from general development progress. “Business as usual” risks leaving another generation of children emerging from school without the skills they need (as documented in ASER’s 2018 “Beyond Basics” report).

“More” effort to expand attainment is a tempting option

Extensive efforts to increase access have already borne fruit in many countries, where attainment levels have risen spectacularly in the last three decades, as shown in the 2018 WDR on Education. As the 21st century job market will demand more skilled workers, increasing the number of workers with secondary education might seem like a reasonable policy response, and the SDG for universal secondary is already a global goal. However, if learning levels do not rise alongside attainment levels, then an important piece of the human capital puzzle will remain unsolved.

A forthcoming paper from the RISE Indonesia Country Research Team and recently profiled by RISE Research Director and CGD senior fellow Lant Pritchett for the Center for Education Economics, provides comprehensive evidence of how attainment gains can fail to deliver learning results.

The Indonesia Family Life Survey is an extensive and nearly nationally representative household panel, which returns to households over multiple years to ask the same questions about household welfare, including years of school, grade attainment, and a set of basic arithmetic questions. This allowed the Indonesia team to document the evolution of both schooling and learning progress over time.

During this same period, the average score of Indonesians between 18 – 24 on a set of eight basic math questions remained essentially the same—at 31 percent. Despite the large increase in the proportion of Indonesians who stayed in school through junior and senior secondary, the proportion able to answer basic math questions correctly remained unchanged. This is because the learning per year of schooling is very, very low—and actually deteriorated during this period—so the ability of high school graduates to answer simple arithmetic is not that much better than students who only complete primary school.

Figure 2. Numeracy levels remained unchanged in Indonesia between 2000-2014, despite large increases in school attainment during the same period.

As low income countries consider strategies for raising human capital, the experiences of upper middle income countries like Brazil and Mexico are a warning signal that generic “development” alone does not reliably lead to adequate learning outcomes.

The Programme for International Student Assessment (PISA) evaluates the educational outcomes of representative samples of 15 year olds across a range of countries. The most recent results from 2015 show that in many upper middle-income countries high proportions—in many cases up to 50 percent—of the 15 year olds in 9th grade are not proficient in reading or math. Even in middle income countries like Brazil less than 20 percent are proficient in math.   At current learning levels, even if the proportion of children completing secondary school reached 100 percent, the proportion of adults with basic literacy and numeracy skills would still be less than 40 percent in most middle income countries.

Low income countries should be wary of taking the same approach to education policy followed by today’s upper middle income countries. Their persistent poor performance implies that learning improvements do not naturally follow from rising incomes and general development progress.

Figure 3. Less than half of students in many middle and upper middle income countries can read or complete basic math tasks proficiently

The World Bank’s new estimates of learning that go into the Human Capital Index themselves reveal the weak relationship between learning and levels of income.  Figure 3 shows the relationship between the harmonized test scores from Angrist Anthony and Patrinos 2018, which are used as the learning measure in the HCI index, and 2014 GDP per capita (in PPP adjusted USD) for countries with GDP per capita below 20,000 USD. While there is some tendency for richer countries to have better learning performance, the simple bivariate association is weak.  Take Ghana as an illustration.  Ghana’s estimated HCI learning score is 307.  Kenya, which has lower GDP per capita, has a learning level of 455—almost 150 points higher (not to mention Vietnam, only slightly richer than Ghana, at 519).  South Africa, with a GDP per capita over three times as high as Ghana has learning of only 343.

A “business of usual” (BAU) scenario can be calculated in which Ghana manages to sustain robust, rapid, economic growth of 5 percent per year for 20 years.  If its learning moved only along the bivariate association (as illustrated by the orange BAU line) its learning would grow only to 336 and it would be on what we might call the “South Africa” trajectory.  This scenario is consistent with the generally slow progress observed on measures PISA scores in developing countries documented in Beatty and Pritchett 2012 and the slow, even negative, progress in raising learning levels in rapid growth countries like Indonesia (above) and India, as shown in ASER’s 2014 “Trends Over Time” report.

Figure 4.  From Ghana's low starting point on learning, progress from "business as usual" alone will be far too slow.

Make investments that yield schooling and learning benefits for all

Preparing youth for their roles as 21st century citizens, parents, and workers, means years spent in school must translate into capabilities. The HCI will galvanize new energy for investments in education, but doubling down on the attainment agenda alone while just waiting for learning problems to solve themselves, or improve through “business as usual” or “more development” will not be enough.  Increasing attainment must be accompanied by raising the learning trajectory of students as they progress through the school system. The resources and attention generated by the HCI should be channeled to systems-wide reforms that produce both schooling and learning for all.

This is what makes the RISE agenda on systems of education so pressing. How is it that Kenya has managed to produce learning results so much better than Ghana’s, even at equivalent levels of income and productivity? What could Ghana do to change the way it organizes its system of basic education that would lead to the audaciously accelerated levels of learning it would need to achieve to reach even minimally acceptable levels of learning in a single generation?