Mobilising Community Support for Education: Lessons from the Igbajo Community in Nigeria

How can policymakers spur communal investment in education when benefits are shared among all, regardless of contributions? A case study of the Igbajo community in Nigeria’s Osun State finds an answer in the strength of communal ties. 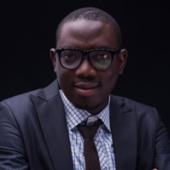 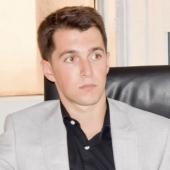 Center for the Study of the Economies of Africa (CSEA)

Empirical evidence has highlighted that community involvement can play a key role in expanding access to, and the quality of, education. From the maintenance of better and safer schooling facilities to the creation of more responsive school governance, there is broad agreement that when parents and the broader community are involved in the operation of local schools, higher standards are kept. Yet like most voluntary activities and public goods provision, mobilising and aggregating at times disparate community members’ interests and priorities faces the typical free-rider problem – that is, an inefficient distribution of goods resulting from individuals being able to access the good without paying their share of the costs. Given that the benefits of education are shared irrespective of contribution, investment – of time and money – is often undersupplied. However, this challenge can be surmountable: this blog highlights a case study of community-driven efforts to improve education, drawing conclusions on the replicability of similar cases elsewhere.

The economic literature tends to suggest solutions to free-rider problems that involve some contractual or statutory commitments. For instance, tax laws are designed to overcome free-riding in the provision of public goods and ensure that all – at least in theory – pay their fair share. Similarly, when it comes to the private provision of public goods, proposed solutions often involve the agreement of contracts that make contribution to the common good a Nash equilibrium in a theoretical game-like scenario.

There is, however, a different form of commitment that, when leveraged correctly, can help overcome issues associated with free-riding at a communal level. Sociological literature from the Durkheimian school has long emphasised the importance of group inclusion to individuals. Commitments to the well-being of the community through appeals to ‘groupish' identity and pride can hence be powerful tools to be leveraged in the struggle to generate high levels of community involvement in local education.

In this regard, the example of the Igbajo community in Nigeria’s Osun State can provide an important instructive case study about the potential of communal ties to facilitate the overcoming of free-riding and choice aggregation problems in education.

The story of the first community-owned tertiary institution in Nigeria

The town of Igbajo made history in 2009 with the establishment of the first community institution for tertiary education in Nigeria. The high costs and challenging logistics of facilitating a post-secondary institution are enormous in Nigeria, such that only the government and large-scale for-profit private sector investment are considered viable sources for tertiary education funding. This has restricted community involvement in education to primary and secondary education and, at most, to often-ineffective attempts at lobbying for post-secondary education. While, of course, the story of Igbajo includes elements of a paradigmatic tale of local pride and parochialism, it would be hard to put it all down to a natural sense of community pride among Igbajo residents. After all, there is nothing that obviously confines such a quality to any community. Naturally, local pride is expected everywhere.

The reasons why local pride resulted in tangible action can be gleaned in conversation with the key community members behind the project. It was not just pride that guided their decisions – it was a multiplicity of factors that explained the process investing massively in such a project.

First, external factors such as low government support helped generate a sense of being slighted that led to the aggregation of individual interests around a single priority. The community had, in the past, lobbied for the creation of a tertiary school and a local government secretariat as well as for other socio-economic amenities, losing out each time to competing communities. The perceived external threat of neglect creates strong internal cohesion and coordination and adds an elements of urgency to community intervention. This, therefore, can serve as a non-economic incentive to coordinate (or subordinate) individual choices to the collective good.

Moreover, the community has a deliberative system of decision making which proved useful in coordinating individual actors. Through existing social networks within the community, like the Igbajo Social Circle and Igbajo Development Association down to annual kindred meetings, the system of frequent communal interaction makes it logistically simpler for coherent community-level positions to emerge, and, crucially, also serves as a form of peer pressure that encourages active participation and lower tendency to free ride. Further still, the deliberative setting engenders a mechanism for civic responsibility and open recognition of especially-active ‘champions’. This, in turn, creates incentive for individuals to seek the recognition of their peers by taking on larger roles that help drive the initiative. Again, this form of incentive would not have emerged without clear mechanisms of community-level interaction (and pressure).

Indeed, examples like that of Igbajo provide the anecdotal empirical support that underpin the objectives of the RISE Nigeria project. By organising deliberative Education Summits, engaging local populations, and disseminating results widely, RISE aims to test whether institutionalising forms of community involvement and facilitating knowledge generation and dissemination can be useful in sparking forms of community pride and inter-community ‘positive competition’. Does bringing communities together and providing them with information about how they compare to other neighbouring groups create enough social pressure to encourage unselfish behaviour? Can we use informative and deliberative institutions to leverage a Durkheimian collective identity and overcome free riding in education at the community level?

These are important questions that RISE Nigeria seeks to clarify through the lens of political economy experiments. Evidence from this would have important implications for development practitioners around the world. Given the potential of community involvement to spur education, and the obvious implications that might have on broader socioeconomic development, understanding how the interactions work and how the institutional structure can strengthen inter-communal bonds could lay the groundwork for important progress in galvanizing more community engagements in education.