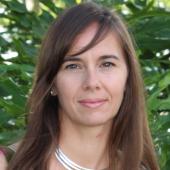 It is no surprise that in many developing countries, inequalities in learning outcomes emerge in the early years of schooling. Furthermore, for those children that fall behind, it can be a struggle to catch up.

On 15 July, RISE launched the first session of the RISE Online Presentation Series, a panel that explored some of the sources of inequalities in learning outcomes and a few strategies that have been undertaken to tackle such inequalities. The panel was chaired by RISE team member Caine Rolleston (University College London) and featured four researchers talking about their respective work.

Janice Kim discussed the expansion of access to primary schools in Ethiopia, and the effects of this expansion on children’s readiness to start primary school. Alejandro Ganimian gave insight into how educational activities in pre-school centres in India can later impact learning outcomes once children reach primary school. Harounan Kazianga shared thoughts from a study in Burkina Faso on the long-term effects on girls from expanding access and the quality of schooling. Bich-Hang Duong explored the ways in which teachers’ treatment of minority students inside the classroom in Vietnam can affect students’ experiences and outcomes.

While the hour-long session only allowed us to touch the surface of this topic, our panellists have kindly offered some additional insight based on questions submitted to the panel. Click on one of the questions below to learn more about our panellists’ research.

For more information regarding the event, including links to the papers that were presented, please visit the event page on the RISE website.