The JPC-VERSO Experience of Working on the RISE Diagnostic Tool

The RISE Education Systems Diagnostic is a tool for identifying strategic priorities for education system reform. In the third blog in this series, we hear from VERSO and Juniper Policy Consulting, two of the organisations that piloted the Diagnostic in 2022. 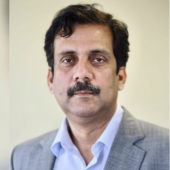 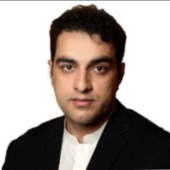 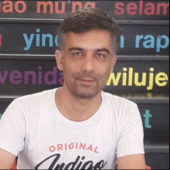 Working on the RISE diagnostic tool was a learning experience for all of our team members, many of whom have spent quite a few years in education sector reforms. The tool helped provide a systemic view of reform failure (or success) where not just the internal relationships within the education system but also those with critical external actors became explicitly clear.

It is to be noted at the outset that two key members of the Juniper Policy Consulting (JPC)-VERSO team have previously worked on education policy and its implementation in the province of Balochistan. In those experiences they worked closely with different officials of the education department and political and bureaucratic elite of the province. While working on the education sector plan for the period 2020-25, the team had used the “accountability triangle” of the World Development Report 2004 to diagnose and identify systemic problems in the management and governance of education in Balochistan. Being familiar with the World Bank’s accountability triangle tool, the team was aware of the short and long route of accountability in the system.

The RISE diagnostic tool and trainings

However, working with a more elaborate and well-detailed tool developed by the RISE team helped improve comprehension of the team from a governance perspective, as it brought new dimensions into analysing the education system in Balochistan.

The tool remains a complex, albeit comprehensive framework, and requires effort to understand. The reading material on the RISE website, the examples from other countries’ contexts on the education system and initial engagement/trainings of the RISE team on the tool helped broaden our understanding of the complexities of different actors that needed to be explored. The detailed Excel annexures on the four relationships of politics, compact, management and voice & choice with elements and sub-elements, were very helpful in identifying systemic problems during our internal simulation exercises.

The initial workshops/trainings organised by the RISE team to familiarise various teams with the tool helped in removing ambiguities of our team on the use of the tool. Trainings/workshops by RISE team helped consolidate our existing understanding of the Balochistan education system which was developed in previous work engagements with the education and political elite of the province.

The JPC-VERSO team also improved its understanding when colleagues from other countries presented their work about the complexities of education systems in their respective contexts. However, later in the project, there were no more cross-team video calls, so we lost other teams’ detailed experience with the tool and their findings, an exchange that would have potentially added even more to our learning. Similarly, our team would have loved to see feedback from other teams on the use of the RISE diagnostic tool on education system in Balochistan. Hopefully, we may have access to their final outputs on the RISE website at some point.

Our experience of implementing the RISE tool was mixed.  The internal simulation exercises (over a dozen internal sessions among key JPC-VERSO researchers) to fill in the RISE annexures based on our working experience on Balochistan’s education system were very productive. We re-visited some of our earlier findings/conclusions based on the new insights developed through the RISE diagnostic tool.

The tool also helped us in developing questions on missing links/information regarding aspects of the education system in Balochistan which we had previously missed. The insights gained from answers during key informant interviews and workshops to the questions raised during our internal team simulation exercise were very helpful. This would not have been the case if we had not filled out the worksheets during our internal simulation exercise.

However, our experience of soliciting feedback from the key stakeholders (bureaucrats and education experts) during our workshops was that the participants were not always very forthcoming. One reason was the low participation from key stakeholders involved in the education service management and delivery due to the hectic schedule of their daily workload.

Those who participated in the workshops were a bit uneasy with the complexity of the tool and constant handholding from the JPC-VERSO team was required. In fact, the JPC-VERSO team had to simplify the framing of the questions and concepts and fill in the form themselves using the responses of the participants. Another factor was the reluctance to share information and feedback in the presence of senior administrative position holders in the workshop.

Our focus group discussions with the community (headteachers, teachers, and community representatives) and individual interviews (senior political leaders and civil servants holding key portfolios during the period of reform being studied) to solicit additional information were more useful in filling the worksheets and provided information on the missing links. We recognised that perspectives of community representatives and end providers (teachers) on the non-functioning system are a must to understand the overall failure of education policy and implementation in the province.

Overall, the outcome was very positive as we witnessed a buy-in for use of the RISE diagnostic tool and systems thinking in the education department and the political elite. The realisation that some of the well-meaning reforms did not deliver in the province due to lack of systems thinking became more clearly visible to political and bureaucratic elite. Will this comprehension actually change the approach to reforms in future? At present there are no signs that these systemic distortions that impeded effective implementation will go away in the short term. However, education continues to be politically relevant, at least in terms of public rhetoric as other provinces have more visible reforms and the pressure to compete is high. This has the potential to convert into more meaningful reform at some point in the future (as seen in the period of 2013-15). At that point, an all-inclusive systems approach will help provide impact and sustainability.