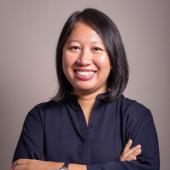 For more than four decades, Indonesia has carried out a variety of teacher professional development (TPD) programmes. Yet the outcomes have fallen short. Teachers continue to show limited subject knowledge and inadequate pedagogical skills (World Bank, 2015). Indonesian students’ learning level remains low. The latest Programme for International Student Assessment (PISA) data showed that Indonesian children underperform; their reading literacy in 2018 was at the same level as in 2000. Research by Beatty et al. (2018) illustrates how Indonesian children’s basic arithmetic skills declined between 2000 and 2014. Adversely, this stagnation occurred when the government enacted various policies and increased education investment aimed at improving quality.

Professional development programmes for teachers in Indonesia have gone through changes to accommodate numerous reformulations of the national education agenda (Rahman, 2016; Thair and Treagust, 2003):

Our recent paper discusses the reason TPD reforms in Indonesia did not meet the desired outcomes.

Technical shortcomings in the TPD implementation

The problems with TPD in Indonesia began in 1982 when the PKG programme was shortened and transformed into a cascade model to meet the demand to train many teachers in a short period of time. In this cascade model, the training materials were diluted as master trainers train other individuals as a trainer and so forth. Initially, PKG was a 16-week programme for a small group of teachers, combining residential in-service training and intensive classroom visits. Changes in the PKG delivery resulted in the loss of quality and intensity of the training.

Meanwhile, the successful implementation of cluster-based TPD in, among others, South Korea and Japan did not ensue in Indonesia. KKG, which follows the cluster-based TPD model, is dysfunctional in many districts. A World Bank Study (2015) showed that KKG became inactive due to the lack of support from local governments and low teacher motivation. While KKG was initially intended to structure teacher learning around teachers’ learning community, its focus has mainly been on developing lesson plans and question banks for students’ examination.

PKB, Indonesia’s latest TPD initiative, also adopted the cascade model. We found that PKB had some of the features of an effective TPD programme (listed by e.g., Popova et al. 2018), yet there was a large gap between what PKB looked like on paper and how it was implemented. PKB was subject-focused and held in less-central locations—two features seen in effective professional development programme for teachers. However, PKB’s technical shortcomings, such as the instructor’s insufficient capacity, poorly designed modules, and inadequate duration to cover training materials, contributed to its weak implementation.

An attempt to link the completion of PKB with incentives was also watered down. Completing PKB indeed provided teachers with credit points for promotion in the civil servant system, but teachers said the points were insignificant. In 2015, there was a policy discussion to link the completion of PKB, which was measured by the post-training score in Uji Kompetensi Guru or UKG (Teacher Competence Test), to certification allowance. However, the government eventually did not pursue that option since it would carry a larger financial incentive.

The non-existent essential features and the technical shortcomings in every government-run TPD initiative date back four decades. This indicates that different elements of the country’s education system may have driven the TPD programmes’ ineffectiveness.

After completing PKB, teachers are expected to teach better, yet, this is not the case. Our findings indicate that teachers are not to blame for this undesired outcome. Most of the teachers we interviewed said they tried to incorporate what they learned in PKB into their lessons immediately upon completing the training. However, various factors, including students’ level of learning, curriculum demands, and limited facilities, have led teachers to revert to traditional teaching practices.

We also found that school principals played very little role in reviewing teachers’ performance after the teachers completed PKB. School principals, who should support teacher learning by providing feedback on teacher post-training instructional quality, did not perform any activity to help teachers implement their newly acquired knowledge. Instead, the principals only carried out regular supervision, which in this case means filling out paper forms.

Teachers continued to underperform after they completed PKB because the government has not integrated teacher professional learning into school improvement initiatives. In public schools, teachers have limited awareness of the relevance of improving their quality of instruction towards developing their careers or establishing their school. Outcomes for teachers (and schools) are the same whether their students perform excellently or poorly. This is because TPD has never been embedded in a system with a strong delegation of learning, and that needed high-skilled teachers to facilitate effective learning.

The fact that TPD is ineffective in improving teacher’s teaching quality is not unique to Indonesia. For instance, Todd Pugatch’s work showed similar results in Rwanda. The focus of assessments and exams in Rwandan schools was largely inconsistent with the curriculum reform, which in turn created problems for teachers who had to apply the knowledge gained from the TPD programme that accompanied the curriculum implementation. The misalignment between TPD delivery, curriculum, and examination system encouraged teachers to take a safe teaching approach.

Moreover, despite the efforts that the Indonesian government have taken to improve teacher quality, professional development programmes for teachers have always been underfunded. Due to limited funding, TPD has always aimed to train as many teachers as possible in a relatively short time. Consequently, with this limitation, the training programmes were redesigned to accommodate the given budget and train as many teachers as possible. Inevitably, the quality of the training is also adjusted.

The incoherence also results in the abolition of many crucial features of effective TPD. For instance, although the Ministry of Education and Culture (MoEC) acknowledge that the lesson enactment component is crucial in TPD activities, they also recognise that providing individual feedback for millions of teachers on their teaching practices is very expensive. Thus, this aspect was not included in PKB. This indicates that the government lacks the commitment to provide every teacher with the necessary resources to experience an impactful TPD, resulting in low-quality training targeting millions of teachers.

Our review of four decades of TPD implementation in Indonesia found that simply refining its technical shortcomings did not result in higher teacher quality. To hold an effective TPD, the government must first reorient the country’s education system to produce high quality teachers. That means there should be a stronger delegation from the state (policymakers) to MoEC and local government. The frontline provider should be strongly mandated to focus on teaching and learning quality. MoEC should also set more measurable and comprehensible standards that constitute teaching competence. Such standards will be valuable to guide the establishment of future professional development programmes that can facilitate teacher’s learning more effectively.

The government should also implement a performance-based system for schools and teachers. The principle should be that higher-performing or more effective teachers receive higher remuneration and a preference for promotion. There should be a mechanism to reward the highly-skilled teachers and upgrade low-skilled teachers who do not meet the minimum standards. There should also be a minimum competence achieved by a teacher to receive the allowance associated with the certification; periodic recertification may be an option. Thus, teachers would be motivated to improve their skills continuously.