The RISE Education Systems Diagnostic is a tool for identifying strategic priorities for education system reform. In the first blog in this series, we hear from Central Square Foundation, one of the organisations that piloted the Diagnostic in 2022. 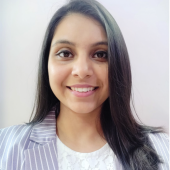 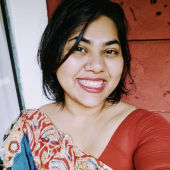 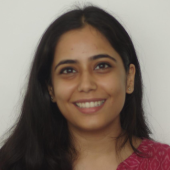 Context of the Study

Central Square Foundation works on improving learning outcomes with many state governments across India. One such partnership with a state in Northern India focuses on designing system-led programs, influencing policy-making, and developing interventions and knowledge products based on research and international best practices.

Education features in the concurrent list in the Constitution of India, i.e., both the centre and states legislate on it. The central government develops nationwide laws, policies, and missions to define the national vision of education across the country and through national initiatives and schemes provides a part of funding towards it.

The state with which we partnered has over 6 million students in close to 20 thousand schools, with more than 125 thousand teachers in the government education system, and several layers of management, which makes it complex. At every administrative level, specific actors are handling the operations of these schools. Since 2017, the state has implemented a series of educational reforms. Over the last five years, these initiatives seem to have helped the state do better than other states and improve its past performance across multiple indicators such as the Performance Grading Index 2019-20, National Achievement Survey 2021, etc.

The state’s aspiration to sustain and continuously improve learning levels, keenness to undertake a deeper diagnostic exercise, receptivity to new insights, and strong political will to change the way of functioning motivated us to seek a deeper insight into the education system by piloting a system-wide diagnostic in the state. In addition, the recent change in state government presented a great opportunity and a strong impetus for piloting such a diagnostic. The new government anchored good quality education in its election manifesto and promised to undertake a structured and systemic approach to education reforms. For this purpose, Central Square Foundation collaborated with the Research on Improving Systems of Education (RISE) Programme to pilot the RISE Systems Diagnostic Framework in this Indian state.

The diagnostic is anchored around the RISE Education Systems Framework, which is summarised in a 5x4 matrix and lays out the key relationships of an education system, elements that characterise them, and interactions between them. The four key relationships it studies are Politics (between citizens and the highest executive, legislative, and fiduciary authorities), Compact (between the highest executive, legislative, fiduciary authorities and the education authority), Management (between education authority and frontline providers), and Voice and Choice (between service recipients and frontline providers). The accountability relationships are analysed using features of Delegation, Finance, Information, Support, and Motivation.

The approach of the Diagnostic study includes:

The RISE diagnostic study is a process to facilitate and support actors in selecting a high-level strategic reform priority to improve learning, based on the latest education systems research. The pilot study has been undertaken in collaboration with the state’s Department of School Education. The study has two objectives:

The objective of the pilot was to study all four relationships; however, currently, the framework provides limited design and guidance pertaining to the relationship of ‘Politics’. In addition, given the volatile political scenario in the state (an election had just concluded and a new government formed), we decided to exclude ‘Politics’.

The following illustration (Fig. 1) briefly describes our approach to conducting the diagnostic:

Figure 1: Approach to the diagnostic

Making a contextually informed diagnosis process is crucial as the same tools/process may not always show the same effect when applied in different contexts. The team first synthesised the existing literature relevant to the RISE framework alongside other content relevant to the Indian and state education systems and learning.

The initial synthesis suggested a clear set of relationships, their misalignment, possible (in)coherences that affect learning, and key adoptions required to make this approach a more contextual fit with the research design. We then calibrated the approach by including and excluding a few aspects (enumerated further). This calibrated model was then reviewed for the feasibility of studying coherence for learning at all levels. Contextualising the framework significantly helped us in identifying some of the points of progress specific to the Indian Education System.

Further, are our reflections from the processes of Desk Review and Primary Research.

The Principal-Agent approach was helpful in doing the same; however, in the education system we studied, many system actors were playing both the role of a Principal and an Agent. In such cases, the diagnostic team decided to study the relationships such as Compact and Management from multiple Principal - Agent respects. Below is an example for the Management relationship:

As we conclude both phases of research, we are in the process of compiling the findings and drafting recommendations for the state. Through this report, we aim to provide highly localised insights surfacing the gaps and points of progress for the state in the short, mid and long term. The findings from the study would benefit the state to identify the incoherences in the system and in the coming months, the state plans to prioritise its interventions on the basis of the recommendations provided.

The multi-faceted approach of this study has helped us capture and analyse the nuanced information of the systemic drivers. We appreciate the RISE team for the opportunity and guidance throughout to be able to contextualise the framework as per the Indian context.

CIES 2018 - What Can We Learn from Applying an Education System Diagnostic?