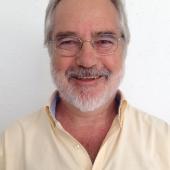 Development practice has long been characterized by dialogues of the deaf. The divide between governance and sector specialists is one example. How this divide could be bridged is the focus of a new review essay by Lant Pritchett, currently the research director of the ambitious and influential Research on Improving Systems of Education (RISE) program. Pritchett’s essay takes some of my work as its point of departure; this blog post comments and elaborates on some aspects of his analysis.

In my experience, both governance and sectoral practitioners pay a price for their failure to communicate. On the sector side, a consequence has been that many specialists occupy themselves with a search for the one-best-intervention capable of transforming sectoral outcomes, blithely ignoring the ways in which political and governance context can overwhelm their best efforts. (The massive randomized-control-trial industry is exhibit one—though, to be sure I’m not misunderstood, it’s perhaps worth affirming that RCTs have their uses, as a niche within a broader effort).

For governance practitioners, the problem is a different one. As a plethora of new acronyms (PDIA, DDD, WWG, TWP)  signals, there has been plenty of movement away from an uncritical embrace of ‘good governance’ as the necessary and sufficient condition for development. Indeed, ‘context matters’ has become the new conventional wisdom. However, as a recent UNU-WIDER working paper underscores, the gap remains large between generalities and practically-useful insights. The governance discourse too-rarely strays from an in-group conversation among the like-minded. All-too-often, governance practitioners are pre-occupied with Big-G governance (improving checks and balances; strengthening administrative systems; anti-corruption initiatives and the like), and with Big-P Politics (‘political settlements’ etc)—rather than the small-g and small-p concerns of how power and institutions manifest at the level of the design and implementation of actual development policies.

Unmoored from the measurable outcomes which sectors can provide, dictums along the lines that practitioners should ‘think and work politically’ all-too-easily become too open-ended (and too weakly anchored in robust empirical research) to provide useful guidance. As I explored in depth in my 2014 book, Working with the Grain (WWG), engagement at the sector level can be a powerful way both of reaching out beyond the circle of the like-minded, and of anchoring the governance discourse in clear-cut development challenges.

The ‘accountability triangle’ introduced in the 2004 World Development Report, Making Services Work for Poor People, was a pioneering effort to bridge the governance-sectors divide but it introduced some new blind spots of its own. Pritchett was one of the principal architects of the 2004 WDR; in the new essay, he explicitly aims to push the frontier of governance-in-sectors thinking beyond the WDR framework. He locates the 2004 WDR within the broader evolution of thinking about governance. The WDR, he argues,  comprised an important step beyond one-right-way ‘institutional mono-cropping’: it incorporated politics into the analysis; shifted focus from ‘form’ to ‘function’, and “tried to bring people and communities back into their own localized and particularized development story”. However, it did not look inside the politics ‘black box’; as a consequence its exploration of how politics and accountability interacted was limited.

His new essay uses my recent, co-authored book on the politics and governance of basic education in South Africa as the basis for an extended exploration of the analytical and practical potential of opening up the black box. As he notes, while the education book “is about South Africa and basic education, in a deep sense this country and sector are being used as a prototype attempt to apply a framework created to be general and understand the big development picture.”

The education book builds its analysis around three classification schemas:

The intent, as Pritchett summarizes, is to explore which types of political and governance schemas can work well together—“to create a positive (not normative) framework for describing and analyzing what types of policies will be adopted, given the politics, and how effectively those policies will be implemented, conditional on their adoption and, hence, likely outcomes on various dimensions of service delivery outcomes”. Indeed, this gets to the core of what I had in mind. Thanks, Lant!

But frameworks can take us only so far.  In the remainder of this blog, I elaborate on two themes which go beyond the framework laid out in WWG—but which have become increasingly central in recent years to my teaching and research.

The first addresses what I  have come to think of as the ‘dirty secret’ of development scholarship and practice—a misalignment between much of what we teach and the political and institutional realities of many developing countries. For many countries, the wave of democratization of the 1990s did not give birth to ‘mature’ democracies with strong checks and balances’ institution but to a ‘personalized competitive’ (or, as per Levitsky and Way, a ‘competitive authoritarian’) polity. Elections, yes (though not always free and fair). But also fragmented power centers; deal-making, including the discretionary conferral and withdrawal of rents, rather than impersonalized rules as the basis for stability; short time horizons. In such contexts, policymaking can be haphazard, and public bureaucracies work poorly—conventional technocratic policy prescriptions are singularly unhelpful in offering guidance as to what is to be done. Something else is needed.

In both WWG and the education book, I explore an alternative approach under the rubric of ‘islands of effectiveness’ (or ‘pockets’ which some prefer as a way of signaling that the ‘islands’  often are embedded within a larger, mostly dysfunctional bureaucracy). The 2004’s ‘short-route’ comprises one type of ‘island/pocket’. But they also can emerge in ‘intermediate’ spaces between the long-route & the short-route—where, as per a 2013 paper with Michael Walton, there is the potential for developmentally-oriented interactions between senior or mid-level government officials and non-governmental actors. (In laying out this approach, we were influenced by Daniel Carpenter’s analysis of “bureaucratic entrepreneurship”).

To achieve positive outcomes, these islands need to navigate both Elinor Ostrom’s collective action challenges and the challenge (finessed by Ostrom) of power—a developmental coalition (orchestrated around a specific, problem-driven challenge) needs to be sufficiently strong to trump its predatory counterpart. Multi-stakeholder coalition-building is thus key to cultivating effective islands. The paradigmatic example of how such islands might work is Bangladesh—especially notably (but not only) its garment export sector: initiated as an island with institutional and policy workarounds; and sustained via a cross-party coalition among garment exporters, with strong representation (via both parties) in parliament.

South Africa’s Eastern Cape province and its education system (explored in depth in chapters 5 and 9 of the education book) comprises a sustained example of how ‘personalized competitive’ (provincial-level) political settlements might function, and how this cascades down into the education sector to the school level. As one possible way forward in such settings, the book explores the extent to which school governing bodies (which are given extensive power in the institutional architecture of South Africa’s education system) can be value-adding ‘institutional substitutes’ for the system’s weaknesses. As Pritchett puts it in his review essay:

“While one doesn’t want to make too much of this potential for the creation of “islands of effectiveness” in a sea of weak governance, one does not want to make too little either. One alternative is the 'counsel of despair,’ that with existing governance (politics and public administration) nothing’ can be done. The other alternative is the ‘business as usual’ practice of pretending to do the same set of bureaucratic reforms again and again in the hopes it might turn out differently this time (which is also a definition of crazy)….One does not want to rely too much on evidence that boils down to eight [case study] schools, but I think in many ways we need the conceptual to guide next generations of the empirical.”

My second extension concerns the inherent limitations of structural, typological approaches to development thinking and practice. Until quite recently I conceived of my work as trying to better understand the incentives and constraints which shape behavior—expanding the terrain of analysis beyond my disciplinary roots in a narrowly-conceived vision of economics to incorporate the political and institutional determinants of incentives. I now feel that even this expanded terrain gives too little attention to a central driver of development—the role of human agency.

The human factor emerged powerfully in the South Africa education research. It was directly evident at the school-level, where performance was shaped by the way in which agency was exercised by school principals—and by parents and school governing bodies who had a key role in their selection and, more broadly, in helping shape the ethos of the case study schools. But it also emerged through the ‘back door’—as I puzzled over why the learning outcomes achieved by the Western Cape education bureaucracy (which by all accounts, including our research, functioned as a tightly-managed machine) were markedly inferior to those of Kenya (by all accounts a much more loosely-managed system). The answer, it turned out was agency: while the Western Cape system was pre-occupied with process compliance, Kenya’s education system was fueled by an ethos of civic participation and commitment to supporting learning across the range of stakeholders.

In exploring the question of what would it take to move South African learning outcomes out of the cellar of dismal performance, I increasingly found myself looking beyond the structural, technocratic fixes—whether of the governance, the sector, the economic, or the engineering variety—which dominate the current discourse. To be sure, if the structures and incentives are wrong, there are stark limits as to what can be achieved. But transforming these systems calls for human agency. Human agency also is key to achieving gains within difficult, though not disastrous systems (which is a reasonable characterization of the public sector in large swathes of the world).

As a way of underscoring the centrality of agency, I concluded my public presentations of the education book with the following four suggestions for action (discussed further in the freely downloadable chapter 10 of the book):

As Pritchett notes, these messages, “. . . may not be complete, exactly right, or even clear how to map into concrete actions”.  On the other hand,  “. . . they almost certainly hold more promise of leading to practical action that accelerates progress in learning in basic education than the dangers of complacency, that ‘we’ know what to do—and hence repeating, for a longer time and with more money, exactly what has not worked.”  Indeed, not a quest for certainty, but rather a contribution to uncovering a promising new direction, captures well my aspiration for my work. So, again, thanks, Lant!

This blog was originally posted on the Working with the Grain: Integrating Governance and Growth website and has been cross-posted with the permission of the blog author, Brian Levy (@Brianlevy387).

A Review Essay—The Politics and Governance of Basic Education: A Tale of Two South African Provinces

The Politics and Governance of Basic Education: A Tale of Two South African Provinces