Measuring the Past: RISE Nigeria Looks at Intergenerational Effects of Schooling 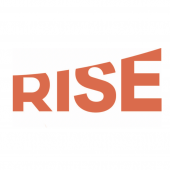 How do you capture the effects of a historical institution? Leonard Wantchekon, Principal Investigator of the RISE Nigeria Country Research Team (CRT), has developed a novel methodology for this task. The research project on Mission and Colonial Schools in Nigeria uses “backwards sampling” and historical applied microeconometric techniques to trace the impact of Nigeria’s first schools on modern-day demand for education, aspirations, political participation, and economic well-being.

Building on past methodology

This study builds on research in the neighboring country of Benin. Wantchekon, Klašnja, and Novta (2015) found in Benin that early exposure to education had significant positive effects for both the first generation of students, and for their direct descendants, nieces, and nephews. Wantchekon’s follow-up paper finds evidence of “the strength of weak ties” (Grannoveter, 1977). Namely, the effects of early schooling were “strongest for descendants of grandparents who were exposed to education only through their social networks,” with changes in aspirations driving the surprising mobility of those who were indirectly affected by early education (Wantchekon, 2019).

Results from the RISE Missions and Colonial Schools project in Nigeria are forthcoming, but this study has already added methodological innovations. The Benin study compared generations from “treated” villages that had early schools to “control” villages outside of walking distance of any school, but geographically close enough to have similar demographic and social characteristics (defined as 7-to-20 kilometers away from treatment villages). The study in Nigeria adds a new dimension by looking at two subgroups within a second treatment arm of children whose villages were within 7 kilometers of the school and which sent pupils to the school, and at villages in the same 7-kilometer radius that did not send children to school. This new arm will allow a more nuanced analysis of how indirect exposure to education affects aspirations. A second innovation from the Nigeria project is clear guidance on the sampling of wives and which children should be selected, with mandatory inclusion of the first child and an effort to have gender balance among sampled children.

Data collection on the RISE Missions project goes far beyond the completion of a questionnaire, calling instead for historical and ethnographic research skills and a high degree of adaptability. When the Missions and Colonial Schools project launched in Nigeria, the desk research team began sifting through print and digital archives to identify the oldest school in each state. The starting year of formal schooling varies widely. For example, Lagos and Ogun states in southwestern Nigeria had schools starting in 1845 and 1846, respectively, whereas the first school in the southeastern state of Benue opened in 1926. Due to the time elapsed, it has been especially challenging to trace the first students in states with “old” education systems. As a result, an “exploratory” phase to check for the availability of archival records and knowledgeable informants was a key step prior to rolling out the full-scale data collection activities in each state. The next step was a mapping exercise to determine which villages within a state should be sampled. 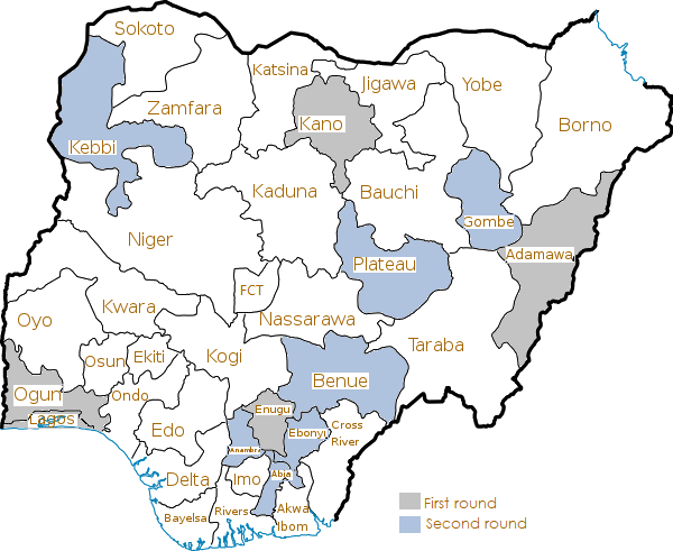 In each village selected for the study, enumerators began their research by seeking out local leaders who were knowledgeable about the village's history. Those “key informants” provided background information on the community’s experiences with education and connected the enumerators with the families who had ties to the earliest school. To track down the first generation of students and determine whom to interview, enumerators looked at school records, colonial records, administrative records, and cemetery markers. Team members even used social media to track down potential informants who lived in other regions of Nigeria or elsewhere in the world today.

Enumerators administered four questionnaires to informants. One questionnaire focused on the first generation of students, which is defined as the first three cohorts to attend the oldest school in a state. The second questionnaire looked at the second generation, which was defined to include both direct descendants and indirect descendants such as nieces and nephews. The third questionnaire related to the informant who was providing the information. The last questionnaire was a village survey, which will allow analyses of how the emergence of other types of infrastructure (such as hospitals or roads) correlates with the location of the oldest school and the start date of education.

The interview process can require multiple visits to the same informant, spanning days or even weeks. The data collection team must often prompt informants. For example, field personnel started asking informants about the attendees of weddings and funerals; this query helped elicit more information about women from past generations who may not share the same surname. Enumerators also asked to look at historical photos, such as a picture of the pupils who attended the school, which can corroborate verbal reports. These photos are planned to be coded and included in the data analyses. A second tactic for improving data quality was to interview two living informants (rather than only one) about any deceased individual. This allows for cross-referencing and weighting of the responses.

Group photo at an enumerator training in 2019

The CRT has completed two rounds of data collection to date. The first round included Adamawa, Enugu, Kano, Lagos, and Ogun states, while the second encompassed Abia, Anambra, Benue, Ebonyi, Gombe, Kebbi, and Plateau. Data collection is ongoing in eight additional states. Team members will continue conducting back-checks and field visits to ensure data quality and to leverage qualitative interview techniques to help make sense of trends in the data. The team hopes results from the research can reveal intergenerational impacts of early schooling on both students of the schools and those from the local area who did not attend the schools.