Four Key Insights About the Political Economy of Learning 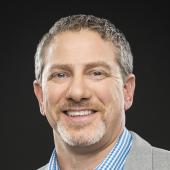 Lant Pritchett has a knack for making novel arguments and making them seem so obvious that one wonders how no one has made them before. His recent RISE working paper, The Politics of Learning: Directions for Future Research, is no exception. It’s chock-full of key insights for anyone who seeks to explain why developing country governments pursue their educational policies. In the end, the paper does not help us explain as much as we will eventually need to. But that, by Pritchett’s own admission, is not the point.

The paper lays out what a robust theory of the political economy of education would need to explain. It also provides a withering critique of the most prominent theories to date, and shows how they are either wrong or not particularly useful in a true policymaking context. The paper is, thus, a call to action. It lays down a metaphorical gauntlet for those who would make “policy recommendations” in any truly meaningful sense—meaning policy recommendations that have any chance of being adopted. Once adopted, recommended policies must contribute to the massive acceleration in learning required in so many country-contexts if children are to gain the skills and competencies to fulfil their productive potential and lead happier lives as good citizens. It is the politics of such accelerated learning that concerns Pritchett—the politics of broad-scale systemic change, and of the design, adoption, and implementation of new ideas and strategies.

In a nutshell, Pritchett argues that understanding how educational change happens requires a political economy model that describes the motivations and behavior of governments and policymakers. Such a model must adequately address at least three key facts about basic education policies over the course of, roughly, the past 75 years:

While Pritchett does not claim to have an adequate theory of change to answer these questions with confidence, he does have (at least) four key insights about what might (and might not) be at the core of such a political economy of learning:1

Much of Pritchett’s paper is devoted to laying out and supporting the argument with both theoretical and empirical insights. Readers will be rewarded and armed with a wide range of powerful and unusual data relating to the four key insights above. Here, is a small selection of what I found most novel and eye-opening. Why, for instance, would governments with little demonstrable concern for human rights (and thus maximizing social welfare) expand schooling? Consider the following:

Clearly, neither economics (normative as positive) nor “response to political pressures” hold much promise as general models of the politics of learning and education policy if corruption, democracy, and respect for civil liberties have little impact on the expansion of schooling. Similarly, economics cannot explain why governments choose large Weberian bureaucracies as their model for educational production. They don’t do this for water services, garbage collection, or food security—so why education? Pritchett shows that schooling is produced using a business model akin to FedEx or UPS when it is a service (in an economic sense) more akin to medicine, dentistry, and architecture—professions often providing services in small organizations. But dentistry is not a contested terrain holding a key to the hearts and minds of society.

Pritchett provides many examples and much data to support how truly awful the quality of education is in many places and yet how a few (seemingly similar) countries have bucked the trend. As but one striking example, he adapts Singh’s (2014) use of Young Lives data to show how much more Vietnamese children learn than those in Peru, Ethiopia, or India, even controlling for wealth, health, and caregiver education:

Mathematics competence gained per year of schooling for children between 5 and 8 years old is almost twice as high in Vietnam as in other countries...much bigger than nutritional differences or caregiver schooling 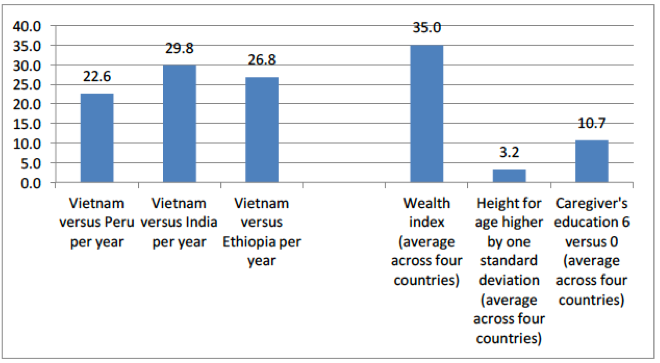 Along the way, in typical “Lant-Pritchett-esque” fashion, he takes down many notions the development community generally takes for granted—for instance what is a “policy recommendation” and what assumptions are inherent about the goals of the recommender and “recommendee” (so to speak).4 He shows how many so-called policy recommendations are in fact anything but, given that they either have no chance of being adopted or assume the policymakers’ goals are the same as the policy analysts’. He also reminds us that many of these seemingly new arguments have been made before—such as when he cites classics like Blaug (1976)—as if to say, “Let’s not make the same old mistakes again!”

Building upon connections (Pritchett’s paper draws on Mark Moore’s RISE working paper in which the nature of education as an a-typical “public good” subject to an arbiter of public value is explored) it may be worth considering the following framework developed 15 years ago by Mitchell and Mitchell (2003).5 Their framework makes clear that differences in how stakeholders see the aims of an education system can lead to very different motivations for supporting or blocking key reforms. They also make clear (as does Pritchett) that neither economic forces, nor (perhaps as a consequence) economists can explain even half of the trends in expansion, let alone the means of production.

Framework for analyzing the political economy of education policy

Most of the public discourse (including within scholarly and analytic communities) revolves around education as a human capital investment and thus assumes that education is a public good whose aim is to provide technical skill development with long lasting economic benefits to both individuals and society. However, both Pritchett and Mitchell and Mitchell show us clearly that this is demonstrably not the correct view of how or why education policies are adopted.

Mitchell and Mitchell provide—in addition to the requisite 2 x 2 for any discussion by or about Lant Pritchett’s work—the additional insights that all of the following could be at play at once:

This framework supports the inanity and danger Pritchett elucidates of the “normative as positive” model and turns the “response to political pressure” model further on its head. Indeed, as Pritchett argues, the politics of learning are likely to present so called “wicked problems” whose amelioration will require reform strategies and policy recommendations undergirded by both an understanding of complex adaptive systems and truly innovative models of government motivation and behavior. Thus, while the subtitle is accurate in that this paper is about “Directions for Future Research,” Pritchett provides a strong and well-constructed springboard for that future research, as well as an urgency that the future must start now.

1 Note that Pritchett enumerates three, not four key facts. For clarity, I have chosen to divide the first fact into two discrete facts. There is no reason why they are not, in fact, separable.

2 A simple example is the government construction of public schools. If this is purely a means to increase enrolment, then we might expect “governments would at least attempt to locate schools in a way that minimized displacement [from private schools]… But in fact, in the early history of the expansion of public school in many countries, governments often deliberately chose to build schools in ways that attracted students from private to public schooling.” Clearly something else was going on, and that something else, one might posit, is political and related to ideology and/or nation-building.

3 One might quibble with the use of the term “socialization,” in part because it may be confused with what many associate with a key goal for pre-school: that students learn to sit still in a classroom, act as part of a group with a teacher in charge, interact with peers, etc. Other terms from the literature akin to the way Pritchett uses “socialization” would be “cultural legacy” or “social reproduction.” For consistency, I use “socialization.”

4 Given that Pritchett uses “un-Occamesque” as part of his critique of several political economy models, I have decided to coin the term “Lant-Pritchett-esque” and challenge others to further develop the definition in future.

The Politics of Learning: Directions for Future Research